Difference between Traveller and Tourist

Key Difference: According to expert travellers, a traveller is a type of person that likes to live in the now, he likes to experience life as it passes by and has a whole different outlook on life. On the other hand, a tourist is usually short on time. He has a specific amount of time in which he has to plan his whole trip. 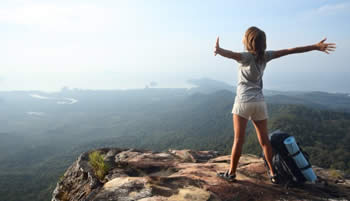 The terms traveller and tourist are often confusing for many people as they can seem the same. It seems to be similar to two sides of the same coin. Many will claim that there is no difference between the two words and both refer to a person who goes to visit another country for a particular time being.

However, in today’s world the words have come to become significantly different from each other. Each word has garnered a significance that is now attached with the word. A tourist may be called a traveller without any problems, but a traveller will be gravely insulted if they were called a tourist.

A tourist and traveller differ in many aspects including likes, dislikes, travelling habits, places they like to visit, the way their experience a place, the people they like to talk to, etc.

According to expert travellers, a traveller is a type of person that likes to live in the now, he likes to experience life as it passes by and has a whole different outlook on life. They prefer to travel light, and live each place that they visit. They do not like to visit the tourist places, but rather to take the beaten path and find small places with great cultural significance. They prefer to travel in small groups of usually one or two people and prefer to walk or take the local transport.

They can usually be seen carrying a translation booklet in order to be able to talk in the local language. They prefer to shop on the street and will bargain with the shopkeepers, just like the locals. They love to try the local cuisine by eating on the street and love to listen and share stories with the locals about their culture. The travellers usually take their time to get to know a place and do not rust. They can sometimes spend months in a country, without having any inclination to leave. The traveller really gets to know and understand the root of the country they are in. 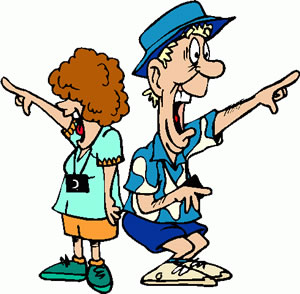 On the other hand, a tourist is usually short on time. He has a specific amount of time in which he has to plan his whole trip. A tourist is usually a person that has to see the gist of the country they are visiting in a short time. Hence, they usually prefer visiting the tourist places of significance. They usually carry a lot of bags, in order to cover things they might need. They do not have time for the locals and prefer to stick to their tourist groups. They can usually be found in large groups, along with a tour guide leading them around the country.

Tourists are usually people that prefer to interact very little with the locals and do not have the time to sit and converse with them. They do not listen to their stories and prefer to share very little about themselves. They are usually seen taking photos in almost every tourist spot in random poses. They also prefer to speak in English and do not like to converse in the local language. Tourists usually prefer to reside in hotels that have pools and spas, which allow them very little interaction with the locals and their housing manners.

Tourists and travellers are very different when it comes to interacting with a country. However, each are best suited to a particular type of person. A tourist has very limited time to incorporate all the things of a country into a small time consumed package and hence he must cover all the tourist places. On the other hand, a traveller has ample amount of time and money in order to admire the city at their own leisure. Being a traveller or a tourist can sometimes also depend on the country and its people.

Comparison between Traveller and Tourist: