Key Difference: Web hosting refers to a service that is associated with internet hosting. The companies that offer this service, provide their server computers to store the web sites. Web publishing refers to the process in which the content is published on the internet. It simply refers to the placement of webpages in a location that is accessible to users. It generally includes creation of websites which are later uploaded using a web server.

Many people do not understand the differences between web hosting and publishing as both seem to be connected and interrelated. A web hosting service is a kind of service through which one gets space on a server for his/her website. This space can be owned by some other party. The facility for a leased connection may also be available for providing the space. Thus, we can also state that the space is generally owned or leased to be used by the clients. The facility of web hosting may also include the service of internet connectivity. 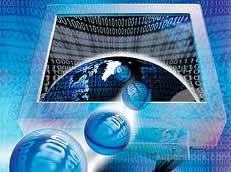 Web publishing is just like any other normal publishing. In context to web, it deploys the websites using a web host.  One can also publish a website from the folder of his/her computer. It simply refers to the placement of web pages in a location that is easily accessible to users. However, publishing from the home computer can be troublesome as your computer needs 24X7 connectivity to the internet. Therefore, the websites are generally published using a web server. The web site pages are transferred to the web server. If the company has its own web server than it publishes its own website using its own host. However, if the company does not have a web server, then it needs the services of a web hosting provider. Web hosting providers are companies that provide the space in order to publish the web pages on the internet.

We can relate both the terms by stating that websites are published using the infrastructure provided by the web hosting companies.