Difference between Plant and Animal

Key Difference: Plants are multicellular eukaryotes that belong to the kingdom, Plantae. Green plants have cellulose cell walls and obtain much of their energy from sunlight through the process of photosynthesis. Animals are multicellular, eukaryotic organisms that belong to the kingdom, Animalia. These animals are characterized by their ability to move or be motile, which means they are not limited to one place and can move around as they wish. 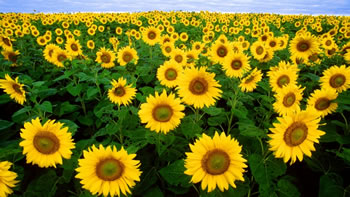 Plants and animals are completely different form of organisms and they even have their own kingdom. The difference between the two goes deep down to the cellular level. Both the plants and animals differ from each other in many ways.

In olden days, there were only two main categories – plant and animals. However, this has long been broken down, with more categories being created. Things such as seaweed, mushroom and other such items no longer falling under this olden classification.

Plants are multicellular eukaryotes that belong to the kingdom, Plantae. These differ in their cellular make up from animals. Green plants have cellulose cell walls and obtain much of their energy from sunlight through the process of photosynthesis. Their chloroplasts contain chlorophylls a and b, which also results in their green color. In addition to reproducing sexually, they also produce asexually. They can survive for years under the right conditions.

Plants are responsible for producing fruits, vegetables, grains and they have been domesticated for years. Much of human nutrition depends on food either directly or indirectly, with many animals also relying on plants as a food source. They are also used for other items such as ink, the wood procured from trees are used for furniture, paper, lubricants, plastic, linoleum and even herbs and medicines. Many of human’s basic needs including clothing and shelter are dependent on plants.

Plants also play a role in biological research such as understanding genetics and dating methodology. They are even used for aesthetic purposes in places such as gardens and they are cut in particular shapes.

Animals are multicellular, eukaryotic organisms that belong to the kingdom, Animalia. These animals are characterized by their ability to move or be motile, which means they are not limited to one place and can move around as they wish.  Animal cells do not have a central vacuole, neither do they have cell walls. Their cells reproduce via osmosis and the animals reproduce sexually. There are a small number of animals that produce asexually. 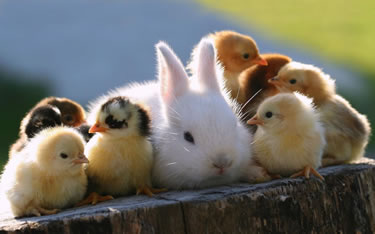 Animals grow in size until a certain age, after which they do not grow. Animals have a shorter life span, with many animals living to a certain age and passing after that. All animals are heterotrophs, which means they must sustain themselves by feeding on plants and other animals through the mouth. Animals are divided into various sub-groups, some of which are: vertebrates (birds, mammals, amphibians, reptiles, fish); molluscs (clams, oysters, octopuses, squid, snails); arthropods (millipedes, centipedes, insects, spiders, scorpions, crabs, lobsters, shrimp); annelids (earthworms, leeches); sponges; and jellyfish.

Animals have bodies that are differentiated into separate tissues, including muscles and nerve tissues. They are also characterized with having an internal digestive chamber, with one or two openings. Animals with this sort of organization are called metazoans, or eumetazoans when the former is used for animals in general.

Many animals are domesticated for human consumption and are also used in farming activities. Animals are also used in testing for cosmetics and drugs, but this practice is being slowly reduced. Animals such as dogs, cats, rats, etc. are now household pets.

Animals and plants differ from each other in many ways, including cells, ability to move, sustenance on food and even reproduction methods.

Comparison between Plant and Animal:

plant are so carnivorous