Difference between Yield and Interest Rate 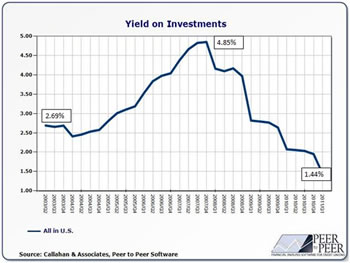 Interest rate and yield are two terms commonly used by banks, financial firms, brokers, investment funds, etc., for luring investors into their manifold schemes. While investing in a commodity, it is imperative that an investor brushes up his knowledge about what is actually meant by these financial jargons, which are rapidly thrown up at dime a dozen.

Yield can be understood as the collective profit earned by investing in financial commodities like shares, debentures, bonds, etc. Yield is more accurate and gives a precise understanding of the total earning made from an investment. The reason behind this is that yield also takes into consideration factors such as tax benefits. To understand how yield works, one has to first delve into the concept of an interest rate.

Yield can be calculated only after taking the interest rate into consideration. For instance, if an investor has invested $1000 in a dividend at an interest rate of 5% compounded quarterly, the yield of this investment can only be arrived at after calculating the interest earned. The interest on this investment would be $50 for the first quarter, but second quarter onwards, interest would be gained on a collective amount obtained by adding the previous interest to the principal amount, i.e. $1050 and so on. 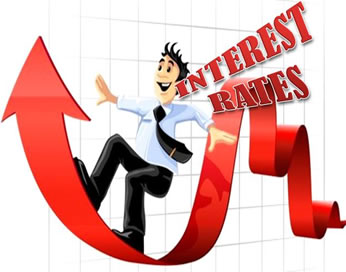 As a year has four quarters, the interest would be calculated four times, and the total amount gained over the year adding all the other monetary benefits such as tax, will be the total yield on this investment. A notable feature of yield is that it is always calculated annually, i.e., on a per annum basis, and often expressed in terms of percentage. Interest can be calculated yearly, half yearly, quarterly, monthly, etc.

Therefore, it abides on an investor to draw a line of understanding between a yield and an interest rate, and then proceed towards making an investment.

Comparison between Yield and Interest rate: