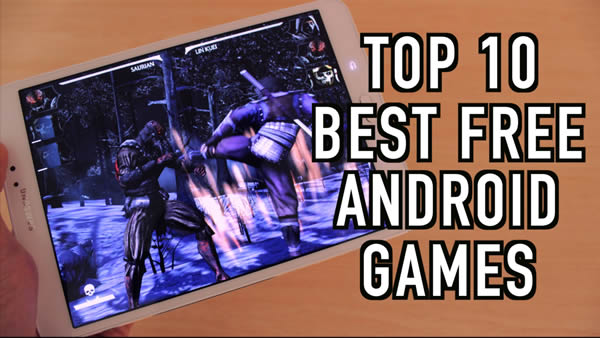 Games are a wonderful thing; they allow you to immerse yourself in a new reality and forget the current one. While some may desperately crave that, others may just want to enjoy something different for a change. This is where games come in; whether you are a hardcore gamer or a casual gamer, a console gamer, a PC gamer, or a mobile gamer, games have the ability to transport you to other dimensions.

It can be denied that one of the most developing segments of gaming is mobile gaming, with the most people using a smartphone these days. Hence, it is no wonder that there are millions of games on Google Play for Android gamers to enjoy. In order to help gamers out, here are the Top 10 Best Free Android Games, which will hopefully entertain you, whether that is for a few minutes or for hours on end. 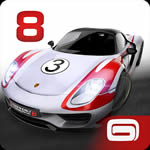 Asphalt 8: Airborne like all other Asphalt titles is a racing game; yet there is a reason why the keep making, because they are in constant demand. Users get choose between real-life cars such as a Lamborghini and Ferrari and drive them on scenic or challenging roads and watch how quickly they go from 0 to 60.

With its amazing graphics, scenic shots, of both landscapes and cars, it is no wonder that Asphalt games garner such a huge following and garner such respect from its user base. Asphalt games are often considered to be one of the most favorite arcade game series among Android users. 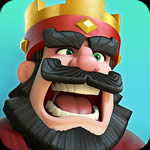 Clash Royale is a game from the creators of the popular game Clash of Clans. The game reintroduces similar elements, such as the same characters, towers, spells, etc. the main objective of the game is also similar, i.e. fighting an opponent using the characters and spells you have. However, the gameplay has been completely changed, with people collecting cards and using them in a field battle scenario in order to defeat their opponent.

Hence, even though the games utilizes the same components as their previous game, it is a completely different game which some players might argue is even better than Clash of Clans, and it’s not just because of the similar and faster gameplay, though that does help. 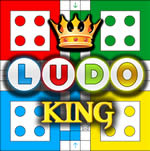 One of the most nostalgic games on this list, Ludo King throws back to most people’s childhood where they would gather around with family and friends and play Ludo, a classic board game. Ludo King stays true to the original rules and gameplay of Ludo, which is just one of the things that make the game so much fun to play.

Ludo King follows a simple gameplay with simple graphics, but this simplicity adds to its charm rather than hinders it. It is this simplicity is what endears the game to its players, no matter their age group, language, or level of education. Plus, in addition to Ludo, the game also has a section which allows the users to play Snakes and Ladders, yet another classic and nostalgic board games. So, it’s basically just 2 in 1. Ludo King is available on both Android and iOS. 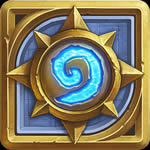 The concept of Hearthstone: Heroes of Warcraft is not necessarily new, in it one has to collect cards, build a strong deck, and then use this deck to fight will other players. However, what makes it stand apart from the others is its graphics and seemless gameplay, which is no easy feat considering that most of that gameplay occurs online.

One can also save their decks and progress on the cloud via battle.net. This allows one to play simultaneously on the mobile phone or on the PC. Though one does not always need to be connected to the internet, as there are some offline components to the game as well. 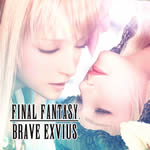 Brave Exvius adds to the multitude of Final Fantasy games on the Play Store. Created by Square Enix, it contains all the classic telltale signs of the Final Fantasy series, which are what end up making the games endearing to their fans.

These include magnificent graphics, entity story lines, and relatable characters. Within the game, players can assemble a team of players and use them to explore towns, fight opponents, explore and conquer dungeons. 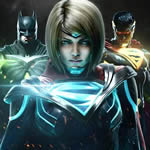 Following on the tracks of its famous game, Injustice 2 expands upon Injustice: Gods Among Us by introducing brand new characters and tons of exciting new modes.

Not only is the gameplay fun and exciting, but it also allows you to play as and against all of your favorite DC superheroes and villains. And if that isn’t a game come true for any DC fan, then who knows what is. However, the graphics and fighting styles incorporated in the game make it fun for anyone regardless of their feeling on DC and/or on street fighting games in general. 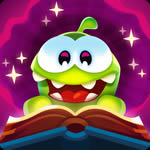 Cut the Rope: Magic is the lasted game in Cut the Rope series which feature the famous and adorable Om Nom, a monster that loves eating candy. However, the candy is rarely easily available for poor Om Nom to eat. Instead, the player must solve various puzzles, which typically include cutting a rope that the candy is hanging from. While the gameplay sounds simple enough, the puzzles are anything but.

This new series of the popular games, introduces magic to the equation, though only the player can decide whether that makes solving the puzzle easier or harder still. All this magic also allows Om Nom to transform into different forms, such as a bird, baby, and even a dragon. 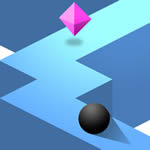 Games do not have to be complicated in order to be fun and enjoyable, and ZigZag is living proof of that. The game is simple enough, one has to guide a ball up a path which you guessed it zigzags along. All one has to go is tap on the screen to change the direction of the ball in order to make sure it stays on the path and does not fall off. Sounds simple enough right, but it is so much harder than in sounds.

The game utilizes bare and simple graphics in order to keep the focus on the gameplay. There are no bells and whistles to the game, which makes what the game has achieved that much more meaningful. 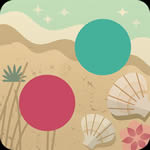 Two Dots is a sequel of the ever popular Dots. The objective of the game is the same, which is to connect as many dots of the same color as you can in a single stream. Yet another one of those games, which sound simple in theory but will make you stare at the screen for hours in concentration trying to figure out what you can change to score more.

TwoDots follows the adventures of brave two dots who travel around the world and traverse the arctic tundra, navigate fiery jungles, and plunge the ocean depths, and the player is invited to join them along in fun simple addicting game. 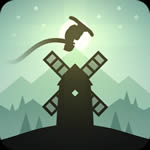 Some may claim that Alto's Adventure is yet another endless runner game, and while they might be technically right, that description really doesn’t do justice to the game. The graphics of the game alone makes it stand apart from the competitors, while the gameplay is so smooth that one has to choice but to lose themselves within the game.

Alto and his friends must snowboard down the mountain rage and collect run away llamas, grind rooftops, leap over terrifying chasms and outwit the mountain elders, all the while trying to get a high score. The game also has fluid physics-based gameplay, as well as dynamic lighting and weather effects which make the game that much more fun and exhilarating, not to mention beautiful to look at.

A lot of these games (mainly the very stupid/repetitive types) have been found to contain malicious code. Most have been kicked off Google Play store; but it is estimated that Google's new "Play Protect" feature is only effective towards 15% of malicious apps. Plus they all contain advertisements and trackers that record and sell info about where you go, what/with whom you text and call, etc. I'd avoid these unless you know how to root an Android phone correctly: as in not kingroot (which is a malicious app in of itself.) And understand the basics of internal linux/android file structures, commands, security (iptables, hosts file, chown, chmod, users/groups, etc.) Or for heaven sakes at least use a VPN with these games (and no, not a free VPN app.) VPN servers cost $$$ to run; free VPNs intercept ALL of your internet traffic (passwords included.) Do you trust them with that? I don't. Anyhow; not trying to be a buzz kill here... but if you install apps like this on your phone make sure it's not a phone used for business/banking, etc. Oh and for god sakes don't download those dumb "RAM/Speed Booster"; "Battery charger/life extender"; "Junk/cache clearing and/or 'Anti-Virus'" apps from chinese companies like Cheetah mobile. All those apps are 100% fake; they would need root level kernel access to even do the things they claim. This things are done by the Android System and it's linux based kernel by default. I'm an ethical hacker and linux/android sys admin. I know of what I speak. Take my advice or don't... I only wish to slow the spread of malicious code I work every day to prevent.