Key difference: 3D LED TV is a standard 3D LED TV. 3D LED Smart TV is a 3D LED TV that can connect to the internet. 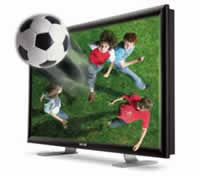 LED TVs have become a new trend, an upgrade to LCDs if you must. LED (Light emitting diode) TVs are still LCD TVs that replace the original LCD’s CCFL (Cold Cathode Fluorescent Lamp) technology with LED technology. An LED TV’s screen is also made up of liquid crystals. The light emitted from an LED is used as a backlighting for an LCD TV. There are two forms in which and LED is used to light up an LCD; edge lighting and full array lighting.

3D LED TVs are a type of LED TVs that have 3D capabilities. Most modern 3D television sets use an active shutter 3D system or a polarized 3D system to display 3D imaging. 3D LED Smart TV is another step forward. It is 3D LED TV that has connectivity capabilities; essentially it can connect to the internet. It also has additional features such as PVR, DVD, EPG, and ATVEF decoder.

EPG is an electronic program guide that displays TV listings on demand, hence it will be able to tell what program is running on what channel. PVR is a personal video recorder which allows one to pause, rewind, and record live TV. Also, EPG and PVR in collaboration can do more, in the TV’s search engine, one can search all the programs that for example contain a particular actor, or the timings when a particular program will air, and give the TV directions to record it.

The 3D LED Smart TV also has a feature called the Advanced Television Enhancement Forum (ATVEF), which allows one to take part in all the polls and interactive TV shows and products. Furthermore, the 3D LED Smart TV has an inbuilt DVD player, which can play the DVD without yet another device connected externally to the TV. However, the most popular feature of the 3D LED Smart TV is its internet connectivity. One can surf web pages on a browser, utilize any apps which are configured to the TV’s OS, including but not limited to Facebook, YouTube, Picasa Photo Share, Skype, and various games. One can also stream shows and movies from content providers like Netflix. HDMI, AV, USB, LAN ports and Wi-Fi built-in adaptor are commonly available on the 3D LED Smart TV.

Also, the 3D LED Smart TV has a picture in picture mode that allows entire family to surf the net at the same time, making it a family product. Due to this there will be no more fighting to get control of the TV, like there usually is with a PC.

Essentially, the difference between 3D LED TVs and 3D LED Smart TVs are the additional features and functionality available on the 3D LED Smart TV. These TVs offer features which one would otherwise get from a traditional computer. These TVs are aimed at replacing the entertainment features of PC, Laptops and Tablets, however, whether they’ll be successful, remain to be seen.