Difference between a 401K and an IRA

Key Difference: A 401K and an IRA are two different types of investment plans that help one save for retirement. Each one has its own set of advantages and disadvantages. The benefit of both these types of accounts is that they allow one to shelter part of their income as savings which is protected from tax until withdrawals. However, it should be noted that while the 401K is nearly always tax deductible, the IRA is not always so. Also, an employer contributes to a 401K but does not contribute to an IRA. 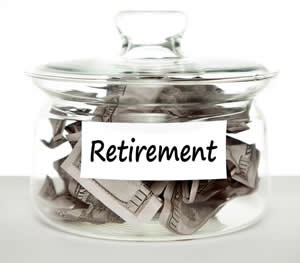 Finances are not easy, in fact they are a pain in the neck, but sadly they are an important part of life, or at least should be as they are the ones who ensure that one will have some money set aside to live on after retirement. There is nothing worse than facing retirement and realizing that you can’t afford to retire, and nobody wants to work when they are in their seventies. However, the only way to ensure that one has enough money in their account to retire is to put it there, through systematic planning over the years. Two products that can help in this are the 401K and an IRA.

The benefit of both these types of accounts is that they allow one to shelter part of their income as savings which is protected from tax until withdrawals. This basically means that people can put some amount of money into one of these accounts for future use. Additionally, they do not have to pay taxes on the money in this account until the time when they withdraw the money from these accounts.

However, it should be noted that while the 401K is nearly always tax deductible, the IRA is not always so. Depending on the tax bracket that the person belongs to, they may be able to a full deduction up to the amount of the contribution limit, a partial deduction, or no deduction at all.

Similarly, there are various other differences between the two that set each other apart, such as in contribution limits. The government usually places yearly contribution limits on the amounts that people can contribute to different retirement accounts. The 401(k) typically has a much larger limit than an IRA, thus people can invest more in a 401K than in an IRA.

The most important difference between a 401K and IRA is that the contribution made to a 401K is matched by the employer, which is not the case in an IRA. Basically this means that one is getting twice the amount that they are saving. However, here the person needs to input the same amount as the employer. For example, if the employer inputs a 100 bucks into the 401K, and the person has to match that with another 100 bucks, then at the end of the day they have 200 bucks. The IRA does not have this option. 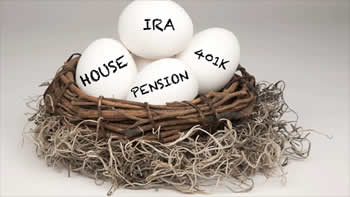 Another difference between the two is that the 401K allows for a loan to be taken from the account. This amount will not be considered as a deduction but can be a loan, which must be back pack with interest. The benefit of this is that the 401K still has the same amount of money, and the withdrawal is not taxable. The IRA again does not have this option. Any money taken from the IRA will be considered a deduction and will be taxable.

Each of them, the 401K and the IRA has their own set of advantages and disadvantages. Still the best part is that one does not have to choose between one and the other, instead they can invest in both to get the best of both worlds. However, the first preference should be the 401K which provides more benefits for a regular person.

Comparison between 401K and IRA: