Key difference: Canola and Corn Oil are obtained from rapeseeds and corn kernels respectively. Both are pleasant cooking oils which are applicable in different fields and purposes.

Vegetable Oils are fats which are liquid at room temperatures. They are not a part of any food group or product, but are known to provide essential nutrients and vitamins by being one ingredient in foods. They have wide applications in the medicinal and culinary purposes, due to which all oils have some specific and other usages in different sectors. Oils obtained from vegetable sources like, grains, nuts, legumes, fruits and herbs are rich in specific vitamins and nutrients. Hence, they are consumed in large quantity in day-to-day lives. Oils add flavor and improve the food quality; hence these are opted according to the respective consumer’s choice. Canola and corn oil are most eaten oils, used for various purposes. 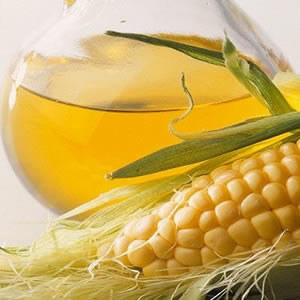 Corn oil is obtained from the corn kernel, or the germ of the corn. Commonly, the oil is also known as maize oil. The oil is obtained from its crude form after a long process, in which the free fatty acids and phospholipids are removed. This process gives the refined corn oil, with n qualities like excellent frying capability, resistance to smoking or discoloration. The oil is highly regarded to be best in its functionality, exceptional flavor, economy, and health benefits. The oil is considered to be a concentrated source of energy which provides the essential fatty acids and Vitamin E.

Corn oil is rich in polyunsaturated fatty acids, which help to regulate the blood cholesterol levels and lowers the elevated blood pressure. It has the ability to replace a significant amount of saturated fats in several food items; and can reduce the trans fats. Commercially, corn oil is one among the most preferred oils in the snack food industries. It can be inter-esterified with fully hydrogenated vegetable oil to produce trans free margarines. Industrially, the oil is used in preparation of soap, salve, paint, inks, textiles, nitroglycerin, and insecticides. Corn oil is also used as a source of bio diesel, and to avoid rust from the metal surfaces. Sometimes, the oil also used as a carrier for drug molecules in pharmaceutical preparations. 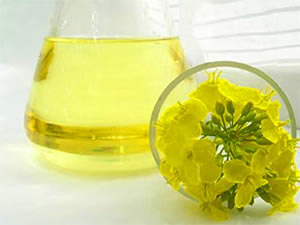 Canola oil is obtained from the canola plant, which is yellow in color, and generally belongs to the mustard family. The oil is extracted from the rapeseeds (canola seeds). Like that of corn oil, hence canola oil is obtained from a long process of precipitation and organic acid treatments. It has a neutral taste and light texture, which makes it a great match for just about everything. The oil contains low levels of saturated fats; but has a desirable high amount of monounsaturated fats. Also, the oil is used in many situations and methods as a substitute to saturated fats. Canola oil in cooking is used for high heating purposes, like deep-frying or grilling, stir-frying and baking. Like other oils, canola oil is also applicable in the industrial lubricants, bio-fuels, candles, lipsticks, and newspaper inks depending on the price on the spot market.

At time, there were controversies regarding the usage of the oil, due to which the oil was banned or prohibited in some countries. Afterwards, the US Food and Drug Administration (FDA) authorized a qualified health claim for the oil’s ability to reduce the risk of heart disease when used in place of saturated fat. Today the oil is used in salad dressing, sautéing and other cooking applications. Also, the American Society for Reproductive Medicine recommended that the canola oil is regarded to be the fertility-preserving vaginal lubricant. Recently, the studies have also been conducted to utilize the canola oil for reducing the growth of cancer cells.

From the above information, both canola and corn oils are safe edible oils. Along with cooking, these oils also have different applications in other industrial sectors. Both oils have same calorie proportions and free sugar, carbohydrate, and cholesterol levels. Canola oil beats corn oil in the essential fatty acids proportions; also it has higher and healthful concentrations of polyunsaturated fatty acids. Canola oil is known to lower the unhealthy saturated fats. Both corn and canola oil contains cardio-protective, fat-soluble compounds; but again canola oil is slightly more beneficial, due to its alpha-tocopherols compositions.