Difference between Casserole and Stew

Key Difference: Casserole is a dish that includes pieces of meat, vegetables, a starchy binder and a crunchy topping. Stew is a combination of ingredients specifically meat and vegetables that are placed in stock and cooked in a pot over an open fire. A casserole is baked with heat on all sides, while a stew is cooked on a stove top with heat only from the bottom. 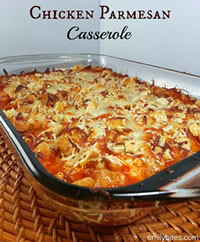 Almost every culture has its own dishes and these dishes are passed down in generations for safe keeping and maintaining traditions. However, today’s generation with its busy schedule has lost the time it takes to create these masterpieces that require so much time for preparation and cooking. This has resulted in cooking to become an art, which is no longer mastered by everyone. Casserole and stew are two types of dishes that are passed down in generations and the taste and flavor of each casserole/stew differs depending on how it is prepared and what ingredients are added. Casserole and stew are often confusing for many people that are just becoming acquainted with cooking.

Casserole and stew may seem similar in nature because they both include meat and vegetables that is slowly cooked using heat in some sort of pot or pan, allowing the meat’s juices to infuse with the vegetables and the meat itself. This is the only similarity between them. Other than this casseroles and stew differ from each other in many ways. Let’s look at each of them individually.

Casserole is a dish which includes components such as pieces of meat or seafood that is topped with vegetables, a starchy binder (flour, potato or pasta) and a crunchy topping such as cheese. Certain elements of the dish could be required to be precooked such as the pasta which may not bake properly if it is not already semi-cooked. The meat and vegetable mix is then added with certain juices such as stock, wine, beer, tomato sauce or the product could be baked as it is. All of these are topped with cheese or crust and then placed into the oven to be slowly baked. The objective of the slow cooking is for the meat/seafood to cook in its own juice or the stock for a long period of time until it can absorb the flavor.

Various types of casserole include ragout, hotpot, cassoulet, tajine, moussaka, lasagne, shepherd's pie, gratin, rice or macaroni timballo, and carbonnade. The term ‘casserole’ is derived from the French word meaning “saucepan”, and also refers to the dish in which that the casserole is cooked and served in. Casseroles have been in existence since the discovery of earthenware containers, which allowed people to cook the meat in its own juices rather than just opening cooking the meat over fire. However, casseroles became widely familiar in the United States when one-dish meal became popular during the 20th century. 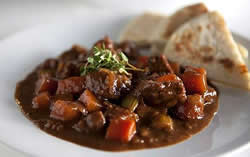 Stew is a combination of ingredients specifically meat and vegetables that are placed in stock and cooked in a pot over an open fire. Stew requires pieces of red meat like beef, lamb and other such meat to be placed in a stock, water or gravy with added vegetables, which is then slowly cooked over a hob or a stove. Chicken can also be used in a stew as a meat but since it cooks fast, it would only take around an hour to cook. This differs from the traditional definition of stew of slow cooking for a long period of time. This allows the stock or the gravy to seep into the meat and cook the meat from the inside. The meat becomes tender, juicy and moist.

Various type of stew include Bouillabaisse, Cassoulet, Chicken Stew, Bo Kho, Irish Stew, Cream Stew, Daal, Goulash, Haleem, etc. Each stew differs depending on the cultures and traditions. Stews are usually served similar to soup, with gravy and the pieces of meat and vegetables. The stew can be thickened by reduction using flour. Stews have been dated back to ancient times, 8th to 4th centuries BC. According to Wikipedia, the Scythians (Greek) during that time would, “put the flesh into an animal's paunch (abdomen), mix water with it, and boil it like that over the bone fire. The bones burn very well, and the paunch easily contains all the meat once it has been stripped off. In this way an ox, or any other sacrificial beast, is ingeniously made to boil itself.” It was also a cheap way to cook using animal bones and previous gravy as stock to flavor vegetables and meats for people in poverty.

The main difference between both lies in how it is cooked. A casserole is baked with heat on all sides, while a stew is cooked on a stove top with heat only from the bottom. Casserole also uses little to no gravy, while stew requires a lot of water or gravy. Both of these dishes are considered as comfort foods and are commonly presented to families that suffer from something tragic such as death of a loved one.