Difference between DVR and CCTV

Key difference: Both, DVR and CCTV are electronic devices. A DVR functions as a video recorder, while a CCTV functions as a closed circuit television.

DVR (Digital Video Recorder) is an electronic device that is generally connected to an external television. It is a consumer electronic device, which is operated generally as a Set-Top box. Its main function is to record the programs in the offline mode. It’s an Application Software, which records the video in a digital format to a disk drive, USB flash drive, SD memory card, and SSD, or other local or networked mass storage device. It acts as a software for personal computers, and features the video capturing facility. The DVR encodes the signal directly in the digital MPEG stream format. DVRs can usually record and play H.264, MPEG-4 Part 2, MPEG-2 .mpg, MPEG-2 .TS, VOB and ISO image videos, with MP3 and AC3 audio tracks. It can also display JPEG and PNG images, as well as play the music files such as, the MP3 and Ogg. Its convenient search function allows users to quickly locate the show, or specific scene, that they want to watch. It is more advantageous in the cost aspect, as compared to the other digital devices, which provide the comfortable features like the consistent image quality and transferring of data to a computer, CD, or DVD. 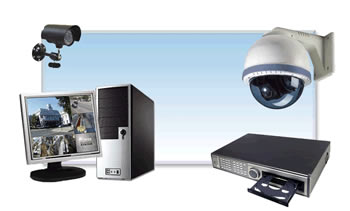 CCTV (Closed-Circuit Television) is a television system. It works on an advanced visual capturing technology, and uses the video cameras to transmit a signal from one particular place to a specific demanded place on a limited set of screen or monitors. Nowadays the term ‘video cameras’ is often applicable for surveillance in areas, and are particularly used for monitoring in banks, casinos, airports, military installations, and convenience stores. This technology has also enabled Video-telephony, which is applicable to transfer the live video from one place to another. The CCTV is broadly a visual and sensor technology, and works by capturing the pictures and videos from a particular area, which are captured and recorded with the help of the sensors and high mega-pixel cameras. These have resulted to be efficient in searching and finding crimes, hackings and other illegal works, which are required to be collected and stored. These are also applicable in the sectors of distance education, where it acts as an important tool to provide awareness and spread education. It is one of the main equipment to be used in the Industrial sector, as it captures and records each and each activity and tasks of the industry.

Comparison between DVR and CCTV: