Difference between Bipolar and Depression

Key Difference: Bipolar disorder is a condition in which people experience extensive mood swings. A person may start of being happy and then go quickly to becoming sad or depressed. Depression is defined as a state of low mood and aversion to activity. This is usually caused by a biochemical imbalance in brain, which hamper the nerve cells’ ability to communicate with each other.

Bipolar and depression are two types of medical conditions that have many similar symptoms. These symptoms often confuse people into diagnosing a person with the wrong condition. Both bipolar and depression include symptoms such as exhibiting sadness, suicidal tendencies, sleeplessness, forgetfulness, distracted behavior, etc. Though, they have similar symptoms, they are actually two different medical conditions. A trained medical practitioner often diagnoses a person based on tests, constant monitoring and a series of careful questions. 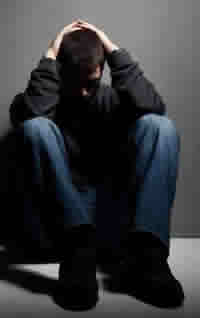 Depression is defined as a state of low mood and aversion to activity. This is usually caused by a biochemical imbalance in brain, which hamper the nerve cells’ ability to communicate with each other. These cells communicate using chemicals called neurotransmitters, some of which help maintain moods. If there is a deficiency in these chemicals, the person can experience depression. There are various different types of depression, which can range from minor to major including Clinical depression, chronic depression, Atypical Depression, Bipolar Depression (Manic Depression), Seasonal Depression (SAD) and Psychotic Depression.

Usually, a person would feel down or blue for a time being while the brain corrects the imbalance. However, if the imbalance continues, the depression could get worse. One might even need to take medication to correct the imbalance. Symptoms of depression include low energy, a loss of interest in normal activities, change in appetite, weight gain or weight loss, excessive sleep, insomnia, and the loss of ability to concentrate. Continued stress can also bring on depression. Depression can have some severe consequences, such as an impact on personal relationships, job performance, and can cause physical deterioration through lack of care. A person with depression will usually feel extremely lonely, pessimistic and might even think about committing suicide.