Difference between State and Estate

Key Difference: A state is a territorially bound political unit with centralized institutions for the administration of governance, whereas an estate can be defined by the all the assets of a person at any point in time.

To differentiate between the two is very difficult as state refers to a number of things, for example, a state may refer to a condition at some specific point of time or an organized community under one government. Similarly, an estate may refer to all the assets owned by a particular person, extensive landed property, etc. However, we will consider differentiating them in terms of state as an organized territory under rules and estate as all the assets owned by a person. 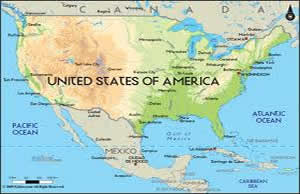 In terms of area, state may also have various definitions. Here, is a brief description of the definitions. To begin with, the history of the term, 'states' shows a remarkable involvement of Greece in development of states. Beginning about 750 B.C.E., Greek’s mountainous terrain laid the foundation of development of the 'polis' meaning city-state. Due to high mountains, it was very difficult for people to stay in contact with each other especially with those who resided in a different kind of region. Thus, each polis started developing independently referring to a structure by which people organized themselves. Now, these states define an entity which is organized by rules of law, economic and social responsibilities, as well as rights. A state comprises of an executive body, a bureaucracy, courts and other institutions.

The underlying concept behind the formation of a state is to develop a centralized government structure in such a way that sets the state prior to one’s existence. However, it is important to note that the definition and characteristics of state may change depending upon the context. Earlier, the term state also referred to territories that were formed under colonialism. Karl Marx viewed states as an organization where one class dominates over the other. Today, it is generally used to represent an organized political community living under a government or a sovereign political entity under public international law. It may also be used to define a nation. Additionally, it is used in context to federal states such as USA, Australia, India, etc.

An estate can be defined by the all the assets of a person at any point in time. A person takes care of all the assets till he/she is alive, but when the person dies the assets are used or divided according to the will defined by the person. An estate comprises of assets like entitlements to any property, legal rights and interests. Estate property can be broadly categorized into three categories: gross estate, residue estate and estate debt. 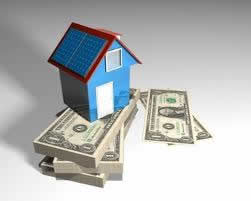 Gross estate consists of the largest bulk of wealth and includes houses, buildings, barns, and any other property that is owned by the owner. It also includes any businesses, investments or bank accounts held by the owner. It is extended further to cover the retirement accounts including pensions and life insurance. On the other hand, residue estate consists of personal estate property. It includes things like a car, furniture, clothes, jewelry, tools, equipment, and anything else that is present at home. This category also includes any withstanding payments or investments that may or not be mentioned in the will by the owner. Estate debt includes all debts and obligations owed to others. This debt may arise from medical bills, student loans, credit cards, mortgages, and business invoices.

Thus both a state and estate may sound similar both there is a vast difference between the two. State is used to describe an organized structure governed by rules, whereas an estate is used in legal sense to denote the total belongings of a person. Hence, replacing estate with state may change the whole meaning.