To understand the GMT and IST one must know about time zones. A time zone is a region on earth that has a uniform standard time and is used for legal, commercial and social purposes. Most of the time, zones on land are offset from Coordinated Universal time like (UTC-7); whole numbers are used with UTC to denote hours but few are offset by 30 or 45 minutes. This UTC is one of the related successors to Greenwich Mean Time. 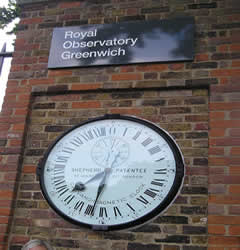 Greenwich Mean Time was established in the year 1675. It was built by the Royal observatory in order to assist the mariners to determine longitude at sea. It helped them in keeping a standard reference time with respect to other cities of England that used to keep different local times. Late in the 19th century trade, communication and transport became globalised and thus, it was possible to indicate the same longitudes in maps and charts, irrespective of country in which they were being produced. Various meridians were used to indicate the longitudinal reference but Greenwich Meridian gained a lot of popularity. It considered the meridian passing through Greenwich, England and is also referred as the Prime Meridian. It was set at zero degree of longitude and other meridians were defined on the basis of this prime meridian.

The International Meridian Conference at Washington DC, USA, adopted a proposal in October 1884. It stated that the prime meridian for longitude and timekeeping should be the one that passes through the centre of the transit instrument at the Greenwich Observatory in the United Kingdom (UK). The position of the meridian has changed sometimes in the past but these changes did not lead to any major effect. GMT is also known as Greenwich Meridian Time because it is measured from the Greenwich Meridian Line. This Meridian marks the starting of time zones in this world. GMT is the mean time that the earth takes to rotate from noon to noon. It is known as world time and acts as a basis for every time zone. 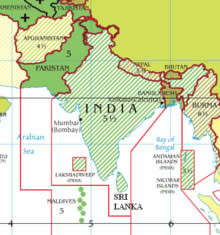 IST (Indian Standard Time) refers to the time observed in all of India and Sri Lanka, It has a time offset of (UTC+5.30). It is calculated based on a clock tower in Mirzapur (with coordinates 25.15 degree North Latitude and 82.58 degree East longitude). In 1947, after India got its independence, it established IST as the official time zone for the country. However Kolkata and Mumbai stuck to their local time till 1948 and 1955 respectively. Later, the central observatory was moved to Chennai to be closer to the UTC+5:30.

Thus, both define the time zones. Greenwich is regarded as a universal time, whereas IST defines a time observed in all of India and Sri Lanka but again it takes its reference from UTC that is Universal Time Coordinate. This UTC has been developed from GMT thus the relation between both times can be easily put forward by saying that IST is ahead of GMT by five hours and thirty minutes. For example, if GMT time is 4:30 a.m. then IMT time will be 10 a.m..