Difference between Hyundai i20 and Maruti Suzuki Swift

Key Difference: The Hyundai i20 is a hatchback car, which is a successor to the i10. The Maruti Suzuki Swift is also a hatchback car that proves to be very cost effective. 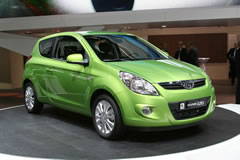 The Hyundai i20 is a hatchback car that was launched in 2008. It is considered as the premium hatchback car in many markets. Hyundai made huge profits after the launch of the i20. However, it replaced the Hyundai Getz and the production of it was stopped by 2011. The i20 is also considered as a supermini car and is positioned after the i10. The Hyundai i20 is produced in Turkey for the European market; and in India for the Asian and Oceanic markets. It is available in the markets in three-door and five-door body styles. The Hyundai i20 is not introduced in the South Korean and North American markets as they have the Accent hatchback. The Hyundai i20 provides features like ABS, rear defogger and wiper, parking sensors with camera, etc. As per the Indian market, there are four variants of the i20 such as Era, Magna, Sportz and Asta. Era is the basic model and Asta is the top model. 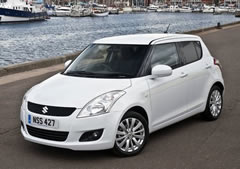 On the other hand, the Maruti Suzuki Swift is also a hatchback car that was launched in 2000. Since then, three generations of the Swift have launched in the market. The 3rd generation Swift was launched in 2010. The Swift is also available in two body options, three and five door hatchback. The Swift is considered as a subcompact car that has proved to be very economical to the customers of almost all the markets. It also has many features like ABS, parking sensors, EBD, music system with USB connectivity, Bluetooth, etc. The features and variants differ among markets. It is a wide selling car in many countries and markets. It has both, petrol/gasoline and diesel engine options. In Thailand, the Swift has variants like GA, GL and GLX. The Indian market has petrol and diesel engine options with variants LXi, VXi, ZXi, LDi, VDi and ZDi; Xi refers to the petrol engine and Di refers to the diesel engine.

Comparison between Hyundai i20 and Maruti Suzuki Swift: