Difference between IMAP and IMAP4 protocol

Key Difference: IMAP is an Internet standard protocol for reading emails. It was originally developed in 1986 at Stanford University as a competitor to widely popular POP. IMAP4 is a version of IMAP. This version is defined by RFC-3501. This current version allows support both for offline and online modes of operations. 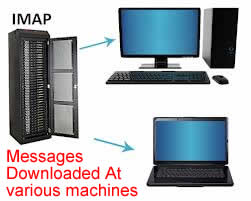 IMAP stands for Internet Message Access Protocol. IMAP was originally developed in 1986 at Stanford University as a competitor to widely popular POP. It is used to read mails on a remote server. It provides greater functionality to the user for being a two way protocol. The original IMAP was implemented as a Xerox Lisp machine client and a TOPS-20 server. IMAP2 soon replaced it in 1988. It was the first publicly distributed version. Later IMAP3 - RFC 1203, IMAP2bis (never published as an RFC) were also introduced. The latest version of this protocol is IMAP4. It got published in 1994 in two RFCs-

RFC 1730 – It describes the main protocol 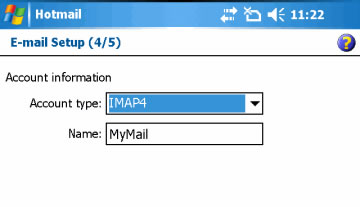 This version is widely used. It has gone through revision cycles.  In 1996,  IMAP4rev1 was released. In this protocol encrypted and plain text passwords for logins were allowed. In the same release, encryption of emails was also added as an important feature. This version is defined by RFC-3501. This current version allows support for both offline and online modes of operations. It allows multiple client applications to access an email box simultaneously.

It provides the facility for selective message downloading and deleting, downloading of headers, multiple mailboxes and more. Messages in IMAP4rev1 are accessed by utilization of numbers which are either message sequence numbers or unique identifiers. IMAP4rev1 supports a single server.

IMAP has many advantages, but still it suffers from few limitations or shortcomings – like the implementation of the protocol by sof4tware developers can turn out to be a complex task. It can make use of a large number of server resources.

Thus, we can simply state that IMAP4 is a version of IMAP protocol which is similar to POP3. However, it supports some additional features.

Comparison between IMAP and IMAP4 Protocol: