Difference between Nexus 4 and Galaxy Nexus

Key difference: The Nexus 4 is Google's fourth Nexus-branded Android smartphone. It was produced in collaboration with LG Electronics. The phone runs on the Android 4.2 (Jelly Bean) operating system, which was launched with the phone. The Samsung Galaxy Nexus was the third generation Nexus-branded Android smartphone following the previous the Nexus One and Nexus S. The phone originally ran on Android 4.0 (Ice Cream Sandwich) which was launched with the phone. 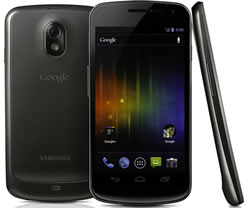 Nexus 4 features a 1.5 GHz quad-core Snapdragon S4 Pro processor, 2 GB of RAM, 8 or 16 GB of internal storage, front facing 1.3 megapixel camera and an 8 megapixel rear camera and a micro-SIM card tray. The phone runs on the Android 4.2 (Jelly Bean) operating system, which was launched with the phone. The phone also features a new camera technology, called the Photo Sphere. This allows one to take 360 deg Panorama shots.

The Samsung Galaxy Nexus was the third generation Nexus-branded Android smartphone following the previous the Nexus One and Nexus S. It features a high-definition (1280 × 720) Super AMOLED display, a 5 MP primary camera, a 1.3 MP secondary front facing camera, 1.2 GHz dual-core ARM Cortex-A9,1 GB RAM, and is available with a storage capacity of 16 GB and 32 GB. The phone originally ran on Android 4.0 (Ice Cream Sandwich), which was launched with the phone. Further Android updates are available for the phones.

The information for the detailed table about the two phones has been taken from the Google Nexus website and GSMArena.com.