Difference between Paleoanthropologist and Archaeologist

Key Difference: A Paleoanthropologist’s task is to recover and interpret all the clues left by early hominines or ancestors. An archaeologist deals with the field work that might consist of digging and restoring artifacts, or human-made objects, from ancient ruins. 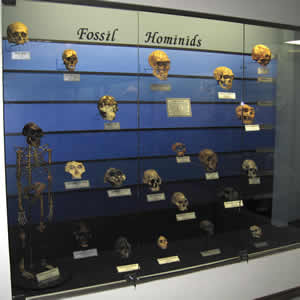 Paleoanthropologist deals with the study of human ancestors in the distant past. It is very obvious that one cannot travel back in time to observe the ancestors, thus scientists have to use other kind of methods to understand what had happened. They mainly rely on evidence in the form of artifacts, fossilized bones of ancestors, and the contexts in which these specimens are found. The term is derived from the Greek word where palaeos means “old” and “ancient”, anthrpos means “man”, and logia means “study”.

Paleoanthropologist basically combines archaeologist's, geologist's, and paleontologist's research, in which each is contributing vital information that is necessary to understand human origins and evolution. They actively search for traces of the past that have not disappeared, and they work to infer what happened by using these clues. 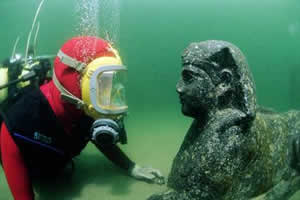 An archaeologist mainly deals with the study of artifacts, or human-made objects, from ancient ruins. The materials that humans used, made, or modified are studied by archaeologists. They analyze skeletal remains and artifacts, such as tools, pottery, cave paintings, and ruins of buildings. The term is derived from the Greek word archaiologia, where archaio means “ancient” and logos means “science” and “study”. Archaeology is the science which deals with the study of ancient times.

It provides an insight of the ancient times by analyzing the remaining materials belonging to that time. It aims to preserve the history for present and future learning. In simple terms, an archaeologist deals with the field work that might consist of digging up and restoring artifacts, or human-made objects from ancient ruins.

Comparison between Paleoanthropologist and Archaeologist: