Difference between Vodka and Beer

Key Difference: Vodka is a distilled spirit that is composed of water and ethanol. It is made by distilling juices from various fermented substances such as grains, potatoes and sometimes sugar or fruit. Beer is one of the most popular alcoholic beverages that is available and consumed world-wide. Beer is commonly made from malted barley or malted wheat and flavored with hops, herbs or fruits (occasionally).

Vodka and Beer are two complete different drinks and to compare them in the same class is injustice. Both are very popular drinks and are consumed worldwide. Beer and Vodka are different in terms of taste, production process and even consumption. Vodka can be drunk neat but it can also be added to other drinks such as juices and cold drinks to create a cocktail. However, beer is often drunk without mixing with any other flavors. 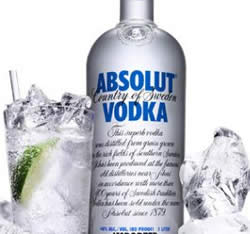 First of all alcoholic drinks are created by juice of some product (barley, wheat, grapes, etc.), to which then yeast is added to remove the sugar from the product. After the yeast removes the sugar, drink then becomes alcohol with a very low proof. Some drinks are then put through the process of distillation (a process of evaporation) a few times till it is the strength that is needed. The process of distillation removes the water from the alcohol, leaving purer substances which are stronger. The strength of the drinks is then placed on the bottle in terms of proof; ever notice the 75 or 80 proof on the bottles? 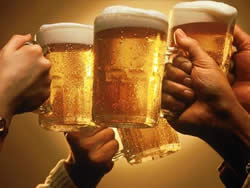