Difference between Whiskey and Whisky

Key Difference: Whiskey and Whisky are two different spellings for the same type of drink. However, many aficionados of scotch and other ‘whiskies’ claim that the distinctions between ‘whiskey’ and ‘whisky’ are much deeper than just the spelling. They claim both the drinks differ in taste, aroma as well as other factors.

For many people ‘whiskey’ and ‘whisky’ are the one and the same. However, many aficionados of scotch and other ‘whiskies’ claim that the distinctions between ‘whiskey’ and ‘whisky’ should be clear. According to many reputed publications, there is no difference between these two words and both of these words also refer to the same drink.  Let’s define Whiskey or whisky first. 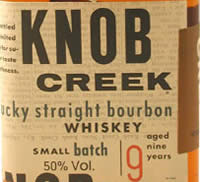 Whiskey or whisky is a type of distilled alcoholic beverage made from any form of fermented grain mash. Depending on the geographical region or type of whiskey that is being made, whiskey can be made from barley, malted barley, rye, malted rye, wheat, and corn. There are various different types of whiskey and they differ in terms of base product, alcoholic content and quality. The main two types include malt whisky and grain whisky. Malt whisky is made primarily from malted barley, while grain whisky is made from any type of grain. Malting is when the grain is put under the process of germination. 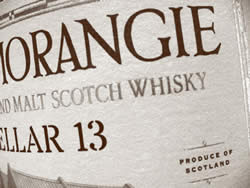 Now that we understand what these two words refer to, the spelling arises from the different regulations, language and spellings used by a certain locality according to some people. However, aficionados claim that there is a huge difference in taste between whiskey and whisky. The words have been differentiated to define drinks that are produced in different regions. For example, whiskey is commonly used to refer to drinks that are produced in Ireland or the United States. Whisky is used to refer to drinks produced in Scotland, Canada, Wales, etc. The scotch fans also claim that there is a visible difference in the aroma and the taste of both drinks.

They say that the spelling depends on the preference and the local language of the individual writer such as using color or colour, tire or tyre, etc.; however, referring to Scotch whisky as whiskey may get a person in a whole lot of trouble with Scotch fans. It is best to refrain from referring to Scotch whisky as whiskey. To make it even easier to distinguish one from the other, many companies place the spelling they prefer on the bottles. There is a general agreement that when quoting the name of the bottle, the spelling must not be altered. Even many American brands such as George Dickel, Maker's Mark, and Old Forester have also taken to spelling whiskey without the ‘e’.