Difference between Adultery and Bigamy

Key Difference:  Adultery refers to the intended sexual relationship between a married person and the person rather than his or her spouse. Bigamy refers to the act of marrying again, while the first marriage is valid. 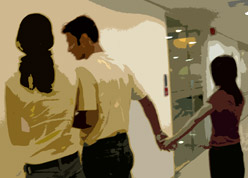 The term adultery has been originated from the Old French word ‘avouterie’, which means 'voluntary violation of the marriage bed'. It is used in context to sexual relationships kept by a married person with other person other than his or her lawful spouse.

Marriage is considered to be a pure form of a relationship, and therefore adultery is often regarded as a crime in most of the societies. It can also be considered as a ground for divorce in many places.

In Ohio, adultery is considered as one of the misdemeanor offences, and therefore convicted is punished to serve up to six months in jail. Like adultery, bigamy is also taken as a valid ground for divorce. 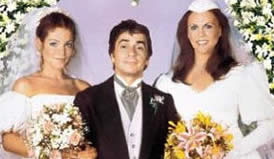 Bigamy is the practice of marrying again while the former marriage is still valid. Generally, this is also considered to be against the law of the state in many countries, and therefore the accused in convicted. The term just expresses the meaning of the word which is literally second marriage. Polygamy which means having more than one wife or one husband is allowed for Muslim men under the Islamic marital jurisprudence.

Comparison between Adultery and Bigamy: