Difference between Algebra and Arithmetic

Key Difference:  Arithmetic and Algebra are two branches of Mathematics. Arithmetic, being the most basic of all branches of mathematics, deals with the basic computation of numbers by using operations like addition, multiplication, division and subtraction. On the other hand, Algebra uses numbers and variables for solving problems. It is based on application of generalized rules for problem solving. 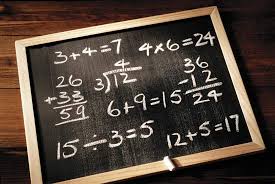 Arithmetic and Algebra are two different branches of mathematics. Arithmetic, the term itself has been derived from a Greek word meaning number. It is the most basic branch of mathematics. It is all about numbers, and therefore is commonly used by everyone in day to day life. Elementary Arithmetic works around four main operations which are addition, subtraction, division and multiplication. It simply uses numbers for various types of calculations 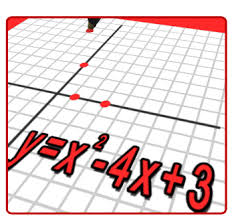 On the other hand, Algebra is another branch of mathematics. The word is derived from the Arabic word al-jabr, which is an ancient medical term is meaning the ‘reunion of broken parts’. It can be considered as the next level of mathematics after the foundation of arithmetic. Unlike Arithmetic, it deals with unknown quantities in combination with numbers. One can easily identify an algebraic operation with symbols X, Y, a, b, etc. It is mainly concerned with rules for manipulating arithmetic operation.

Whereas, a+b=b+a is an algebraic equation, because it will be valid for a number of situations. Arithmetic might show some regularity, whereas algebra would give expression to define these patterns based on the regularities. Thus, Arithmetic can be considered as the computation of certain numbers, whereas Algebra is about generalization of some conditions which will hold true for all number, or all whole numbers, or whole integers, etc.

Unlike elementary arithmetic, elementary algebra uses letter for problem solving. However, higher arithmetic makes use of letters in the same way as used in the rest of mathematics’ domain.

Comparison between Algebra and Arithmetic: