Difference Between Anxiety and Panic Attacks

Key Difference: Anxiety is a response to a stressor. Anxiety is a feeling of fear, unease, and worry. It can be rooted in any event that makes one feel frustrated, angry, or nervous. Panic attack is a condition where a person experiences a sudden onset of fear, nervousness and/or apprehension. It is known as a panic disorder and is a serious condition. Panic disorders strike without reason, without warning and can last somewhere between minutes to hours.

Anxiety attack and panic attack are often clubbed together as being the same disease but according to some medical journals they differ in terms of symptoms and duration. However, it is not wrong to treat them as being similar mental disorders as they are have many symptoms that overlap. Anxiety attacks are said to be longer compared to panic attacks and occur less frequently. 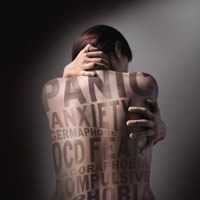 Anxiety is a response to a stressor. You feel anxious when you are stressed, for example when you have to take a test or give an interview, etc. Anxiety is a feeling of fear, unease, and worry. It can be rooted in any event that makes one feel frustrated, angry, or nervous. The word ‘anxiety’ has been derived from the Latin word ‘anxietātem’, meaning “distressed or troubled.”

In small doses, it is healthy and useful, as it makes one alert and able to deal with the stressor. Usually when the stressor is removed or it is dealt with, the anxiety ends, sometimes it doesn’t, which can lead to anxiety disorders. There are various different types of anxiety including existential anxiety, test and performance anxiety, stranger and social anxiety, generalized anxiety, trait anxiety, choice or decision anxiety and paradoxical anxiety. 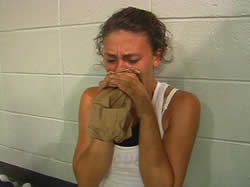 Panic attack is a condition where a person experiences a sudden onset of fear, nervousness and/or apprehension. It is known as a panic disorder and is a serious condition. Panic disorders strike without reason, without warning and can last somewhere between minutes to hours. Panic disorders are triggered by a situation that causes the victim some sort of fear. It can also come on by a series of stressful events.

During this period the person may feel like their heart is about to burst out of their chests and that they cannot seem to get away from the situation. Some panic attacks may subside on their own, while others require help from additional personnel to help them calm down. People suffering from panic attacks can become violent and attempt to hurt others. First-time suffers are said to call emergency services, while others can manage without experienced medical help.

Panic attacks are actually considered to be more serious from the point of view of the patient. In a panic attack, the patient believes that they are going to die, while anxiety attack is a sort of break point for the patient. Panic attacks are caused by some sort of underlining conditions of fear and so on, while the main reason for anxiety attacks are worry and stress. According to the medical journal, DSM-IV-TR, panic attacks are characterized as panic disorders, while anxiety is clubbed under Anxiety Disorders. This title encompasses other disorders including: Panic Disorder, Agoraphobia without History of Panic Disorder, Specific Phobia, Social Phobia, Obsessive-Compulsive Disorder, Post Traumatic Stress Disorder and Generalized Anxiety Disorder. While panic attacks last from minutes or hours, depending on how long it takes for the person to calm down, anxiety attacks can last days, weeks and even months.