Difference between BPO and IPO

Key Difference: BPO stands for Business Processing Outsourcing. It focuses on the business process that implements using the channel of outsourcing. IPO stands for Initial Public Offering. It is a type of public offering of securities of a company where shares are sold to the common public.

As soon as one hears BPO and IPO, he will feel that both the companies have similar work to do. Conversely, they are totally different from each other. How? Let’s try to understand what is BPO and IPO.

BPO, short for Business Processing Outsourcing, is the business that focuses on tasks, ranging from manufacturing products to providing customer care. It usually consists of back office or front office operations. It is a process where number of people are working for a specific business. It is originally associated with the firms that produce goods for use or sale using labor and machines, tools, chemical and biological processing, or formulation such as Coca Cola that outsourced large sections of its supply chain.

The trend started in the late eighties in foreign countries. It is helpful for those who are under-graduate or graduate and are not able to be employed in any company. If one has a skill, he will definitely be employed in a BPO. Nowadays, it has become a fashion or trend for youngsters in some countries to work in a BPO just for time pass. Data entry, call centers are some examples of BPO operations. 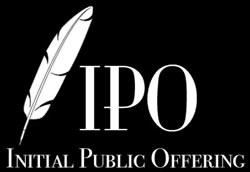 IPO, short for Initial Public Offering, is also known as stock market launch. It is a type of public offering where the common public get shares of stock on a securities exchange for the first time. This is a process in which a private company converts into a public company. Companies use initial public offerings to raise expansion capital and to become publicly traded enterprises.

During the Roman Republic, the earliest form of a company issued public shares was the publicani. Like recent companies of joint stock, the publicani were legal bodies independent of their members whose ownership was divided into shares or parties. IPO is mostly issued by small companies who want to expand their companies' focus on capital. It can also be done on a large scale but that depends on the privately-owned companies looking to become publicly traded.

Thus, BPO has a focus on the process and deals with low end jobs, whereas, IPO is a way of raising money from the public by giving away a part of a company’s ownership, that is shares.