Difference between CCTV and Surveillance Camera

Key difference: Basically, CCTV and Surveillance Camera are video cameras working on advanced technologies. CCTV known as Closed-circuit television transmits a signal to a specific monitor located at a distant place; while Surveillance Camera often works on IP networks which connect the security (surveillance) cameras from the remote location to the main location. 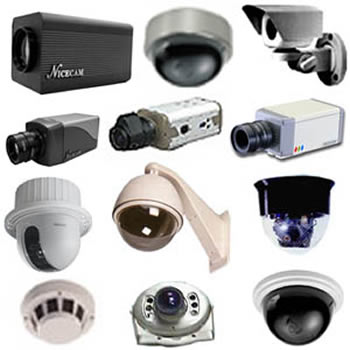 Cameras are been used in order to protect or secure a respective place. Earlier cameras were used to capture images at an instant at a particular place; but today their applications have increased, they can be used to record the videos from a longer distance and used for observing a particular area. According to the development in technology, different cameras have been invented; among which the mostly widely used are the CCTV and Surveillance Cameras, these have gained a lot of importance in many sectors due to their efficiency and benefits.

CCTV also known as Closed-Circuit Television is a video camera used to cover a specific area location, which could be viewed on the specified monitor screen. It works on an advanced visual capturing technology, and uses its video cameras to transmit the signal from one particular place to a specific demanded place on a limited set of screen or monitors. The CCTV is broadly a visual and sensor technology, and works by capturing the pictures and videos from a particular area, which are captured and recorded with the help of the sensors and high mega-pixel cameras. These have resulted to be efficient in searching and finding crimes, hackings and other illegal works, which are required to be collected and stored. 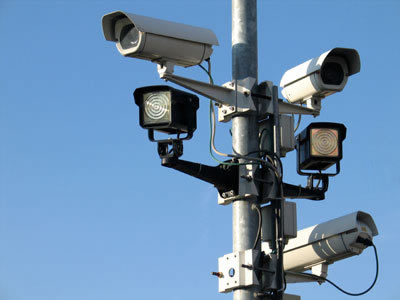 Surveillance camera and its systems work on the advanced video camera technology. These are also known as automatic number plate recognition systems, in which the actual storing, receiving, transmitting, processing or checking of the images or information is done. These cameras are generally connected with the IP networks, which helps to connect the network from the remote area to the assigned security area. Nowadays, there has been a tremendous use of these surveillance cameras in many public and government sectors in order to keep their respective areas secured.

These camera technologies have gained a lot of importance in many sectors due to their efficiency and working benefits; as the CCTV is used in many Industrial sector, as it captures and records each and each activity and tasks of the industry; while the surveillance cameras act as a security cameras which covers a huge range of area in the public sectors. Generally, the surveillance cameras work on IP connections, due to which these are applicable for long distance video recordings and capturing. While CCTV cameras are applicable in the public sectors like malls and other places, in order to avoid any such unknowing losses.

Comparison between CCTV and Surveillance Camera: