Difference between CPU and GPU

Key Difference: A CPU carries out all the arithmetic and computing functions of a computer. A GPU is an electronic circuit unit that is designed to rapidly manipulate and alter memory to increase the rate at which the system builds images in a frame.

CPUs and GPUs are often used when referring to computer and its technologies. Though these words are used daily, people are often confused as to what technology performs what jobs. When a normal person opens up the computer, he is often baffled with the amount of chips, wires and clips that are visible inside the system. Unless, he is well-versed with the computing technology, he would not be able to distinguish anything from the other. This is one of the main reasons why computer technicians are able to charge such high and mighty charges for even taking a look at the system. Hence, is it important to keep a little knowledge about which technology offers which purpose.

A central processing unit (CPU) is the hardware within a computer system that carries out the instructions of a computer program by performing the basic arithmetical, logical, and input/output operations of the system. It is also called a central processor unit, or more commonly a processor. However, many mistakenly use the term CPU to refer to the housing unit that stores all of the computer’s hardware, whereas, in actuality it is just the small processor chip that runs the computer’s programs.

In large computers, the CPUs require one or more printed circuit boards. However, in personal computers and small workstations, the ones which most of us use, the CPU is housed in a single silicon chip called a microprocessor. The fundamental function of a CPU is to run or execute a program. A program is essentially a sequence of stored instructions, which is represented by a series of numbers that are kept in some kind of computer memory. CPUs follow a four step process in their operation: fetch, decode, execute, and writeback.

In addition to executing a program, the CPU is also responsible for keeping an eye over system functions, for executing scripts, and for making complex calculations, which are often used in software rendering. CPUs also initiate transfer of large blocks of data, as well as read or write data to and from peripheral devices, such as CDs, DVD, USB drives, etc. Since, the CPU is responsible for practically all the processes running in the computer, it is only acceptable to state that the faster the CPU is, the faster the applications can run. However, a very large CPU is also not necessary for most home computers, as many of us do not run that many programs at a single time.

There are two typical components of a CPU: arithmetic logic unit (ALU) and the control unit (CU). The ALU performs arithmetic and logical operations, while the CU extracts instructions from memory and decodes and executes them; calling on the ALU for help when necessary. 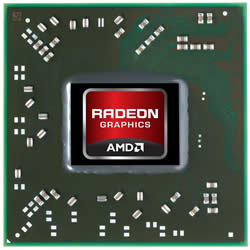 The Graphic Processing Unit (GPU) is an electronic circuit unit that is designed to rapidly manipulate and alter memory to increase the rate at which the system builds images in a frame. Its main purpose is to quicken the image building process that is intended for output to a display. The modern GPUs are very efficient in manipulating computer graphics and its highly parallel structure makes it more effective then general CPUs for processing large blocks of data that are done in parallel. GPUs are more effective when it comes to manipulating computer graphics, especially since they are done in parallel. The GPUs can be placed on the motherboard closer to the CPU or they can also be found on their own silicon chip.

The term GPU was designed by Nvidia in 1999 for their GeForce 256. Wikipedia states that the product was marketed as, "the world's first 'GPU', or Graphics Processing Unit, a single-chip processor with integrated transform, lighting, triangle setup/clipping, and rendering engines that are capable of processing a minimum of 10 million polygons per second.” Nvidia’s competitor, ATI Technologies tried to unsuccessfully coin and popularize the term VPU or visual processing unit.

Initially, the CPUs are responsible for handling all of the computing and instructions that it receives from the user and the system. However, with the increase of technology and the demand of technology, it was best to take some of the pressure of the CPU and give it other processors. In comparison to CPUs, GPUs have more transistors that can handle more work and offers greater resolutions. Most of the GPUs transistors perform calculation related to 3D technologies. They were originally used to accelerate the memory-intensive work of texture mapping and rendering polygons. Many GPUs also support technologies for advanced gaming or digital playback, offering better and advanced systems.