Difference between Divorce and Annulment

Key Difference: A Divorce is when a married couple decides that they want to break their marriage or dissolve their marriage. While, annulment also dissolves a marriage, it does not break it, but rather states the marriage as null and void. This means that the marriage did not legally occur in the first place. 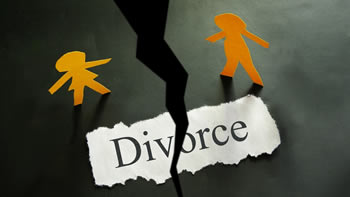 Marriage is often considered to be one of the pure things is life, or as some say a holy connection between a man and a woman, but this is the real life. In real life, marriage is a work in progress and at times the work just can’t be saved and must be shelved and restarted. Hence, many people choose to walk away from a marriage if they are too unhappy in it, or if the marriage is just not working. Divorce and Annulment are two very different ways to dissolve a marriage.

A Divorce is when a married couple decides that they want to break their marriage or dissolve their marriage. Divorce includes the termination of a marital union, the canceling and/or reorganizing of the legal duties and responsibilities of marriage. Divorce laws vary around the world, some countries do not even grant a divorce. However, in most countries that do, a divorce and its terms must be sanctioned by a court or other authority in a legal process. Depending on the couple in question, the issues of alimony, child custody, child visitation / access, parenting time, child support, distribution of property, and division of debt may also arise. Divorce can be a stressful experience affecting finances, living arrangements, household jobs, schedules, parenting and the outcomes of children of the marriage.

There are various grounds for divorce, such as sexual harassment, adultery, drunkenness, physical incapacity, desertion, imprisonment, cruel treatment, etc. However, a couple may also ask for a no-fault divorce, in which no one is at fault but the couple would still like a divorce, nonetheless. This is usually because there is no love in the marriage, or some other similar reasons. 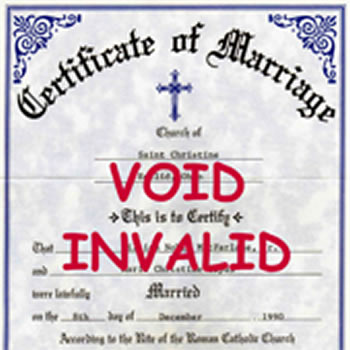 Annulment, on the other hand, is slightly different. While, annulment also dissolves a marriage, it does not break it, but rather states the marriage as null and void. This means that the marriage did not legally occur in the first place. Annulments are closely associated with the Catholic Church, which does not permit divorce, teaching that marriage is a lifelong commitment which cannot be dissolved through divorce, but can be annulled if invalidly entered into.

The reasons for an annulment are known as diriment impediment to marriage, i.e. which means facts that are against the marriage. These vary but typically include, misrepresentation or fraud, concealment of facts, like already married or underage, lack of consummation, was forced to get married, or if the spouses are closely related.

Comparison between Divorce and Annulment: