Difference between Dork and Dweeb

Key Difference: The terms dork and dweeb basically refer to a person suffering from social ineptitude. However, these two words vary from each other in that dork refers to being stupid or silly, while dweeb is a description for a feeble person. 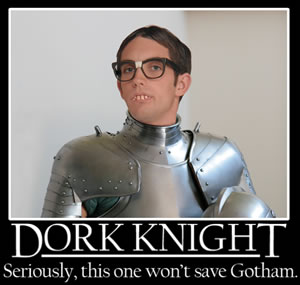 The 20th century has lent us a host of words as a legacy to carry forward, and maybe even improvise it. Words such as dork, dweeb, nerd, geek, etc. are representatives of this legacy, which seem to be all over the print, advertising, and social networking media around the world.

Dork and dweeb are words that do not carry a positive connotation. In fact, these terms are meant to be pejorative. Mostly, these words are used to describe people who are not in sync with the current trends of the world. In other words, dork and dweeb generally define a person who is socially inept. Such people are understood to be stereotypical ‘losers’, who are unattractive, unpleasant, undesirable, etc. However, all these qualities are just figments of a typecast entity.

High school bullies, or seniors wanting to rag their juniors often use these terms while addressing a person. Regardless of this, one should understand that ‘dork’ and ‘dweeb’ don’t describe a person. For that matter, these words cannot suffice to describe them or their personality at all. The reason behind this is that these words are often the product of one or two behavioral traits of a person. For example: if a person is good at studies and fares well at it, he/she would be labeled as a nerd. This doesn’t necessarily mean that he/she would only be interested in studies. The person could have other interests or pursuits as well, but he/she would be termed as a nerd for a particular reason. 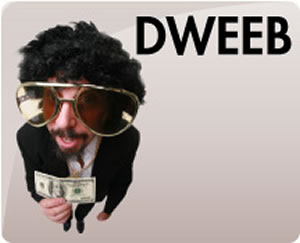 The words dork and dweeb go hand in hand, and not surprisingly, they’re often interchanged as well. The reason why people often confuse these two terms is that they’re all but the same. Both of them are used to describe people suffering from social incompetence. Both act as the defining words for someone who’s considered silly, stupid, boring, etc. So there’s not much difference between them. However their origin and the context in which they’re used, do provide the variation between them.

Dork is a word that originated in the 1960s, in US. Simply put, dork means a silly person. It’s a particularly Midwestern slang, also used as a substitute for a profane term suggestive of the male sex organ. A person who is a dork would indulge in activities considered as foolish and stupid, which is why dork is synonymous with words like idiot, stupid, schmuck, etc.

Dweeb is the term coined for a person who is feeble. This word first cropped up in the 1960s. However, the 1980’s saw dweeb being rechristened as a backronym for Dim-Witted Eastern-Educated Boor. A backronym is a reverse acronym, i.e. an expression that has been formed from the letters of an existing word or name. For this reason, stereotypical Ivy-league graduates from Harvard, Yale, etc. are termed as dweebs.

As a differentiating factor, dork means a person who has more social consciousness, as compared to a dweeb. A dweeb is considered to be a socially awkward person, whereas a dork isn’t so much. Then again, the difference between them is very subtle. Another notable point about their difference is that some girls casually use dork as an interpretation of cute. For example: when a girl smilingly says “You are such a dork!” it means that she finds a person or a particular habit of his cute. The same may or may not apply to dweeb. So, as it is pretty evident, differentiating between these terms will give one a torrid time.

In conclusion, one should always remember that, terms like these do not constitute the entire personality of a person, but only one or a few traits of his/her character.

Comparison between Dork and Dweeb: