Difference between Earth and Jupiter 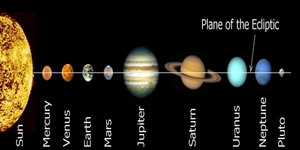 The Earth is the third planet from the Sun, which is spherical in shape, and revolves around the sun. Earth is a planet that has life; it is composed of many minerals and is a solid mass that is compacted with rocks. The Earth rotates on its axis from the West to East, and revolves around the Sun. The Earth completes one rotation in 24 hours and one revolution around the sun in 365 days. Hence, this time period is called a year. Earth rotates from the West to East around an imaginary line, which passes through the two poles, i.e. the North Pole and the South Pole. These poles are perpendicular to the plane of the equator, which is why this imaginary line is called the axis of the Earth’s rotation.

Jupiter is the fifth planet from the Sun, which is a gas giant, also known as ‘Jovian’ planet. It is the largest planet in the Solar System, and carries the distance from the Sun after Mercury, Venus, Earth, and Mars. Jupiter is self-possessed with two gases: Hydrogen and Helium. Jupiter, compared to Earth is a true giant planet. Jupiter is approximately 143,000 kilometers (about 89,000 miles) wide at its equator. Jupiter is so large that all of the other planets in the solar system could fit inside it. More than 1,000 Earths would fit inside Jupiter. The two planets are neighbors with just Mars in between.

Comparison between Earth and Jupiter:

WE SHOULD CATCH ALIENS