Difference between Growth and Development

Key difference: Growth is usually used in reference to size or physical development. Development overall is a more general and envelops term than growth. Development includes growth, but also includes other aspects of improvement or development.

Growth is usually used in reference to size, physical, or quantitative development. For example, the GDP and GNP growth is quantitative- counted with numbers (See the difference between GDP and GNP). Development overall is a more general and envelops term than growth. Development includes growth, but also includes other aspects of improvement or development.

For example, a human child is growing when his body grows. However, this necessarily does not mean that he is maturing mentally. His stages of mental development would be from child to adolescent to teenager to young adult to adult. 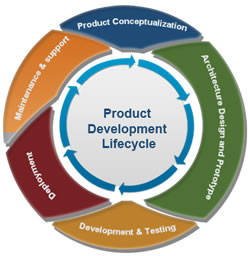 In addition to size, growth may also be referring to growth in mass or numbers. Whereas, development can be used to refer to any and all improvement, acquisition of skills, as well as an increase in levels of quality and innovation.

The main difference between them is that growth is usually quantitative, whereas development is usually qualitative. It a number can be put on it, then it is growth, other it is termed as development. For example, we would say our business grew 20% since last year, depending upon the company’s focus and mission which has really developed it along with the growth, gradually over the years. Talking about the difference between economic growth and economic development we can say that a country achieves growth his economy increases but we say a country has achieved economic development when there are improvements in assets and functionality that contribute to the overall growth of the economy.

Furthermore, growth can be perceived and can be measured accurately, whereas development cannot necessarily be perceived on average and cannot be measured accurately. Development is a subjective interpretation of one’s change. Taking the example of the difference between economic growth and cultural growth, economic growth is a quantitative growth whereas cultural growth is purely a qualitative growth that cannot be measured but can be observed.

Difference between growth and development

Very Useful and it helped me. Thanks

Clear explanation of both the term, thanx

It was nice and really helped me.

It proves so helpful for me