Difference between Gta 4 and Gta 5 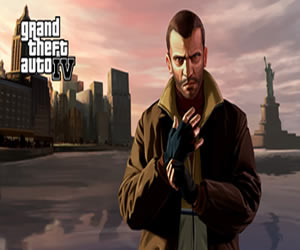 Gta 4 (Grand Theft Auto IV) is the eleventh title in the Grand Theft Auto series. This game was initiated and developed by Rockstar North and published by Rockstar Games for the Xbox 360, PlayStation 3, and PC. GTA IV has subsequently been awarded the Gaming World Record for the Most Successful Entertainment Launch of All Time, and has received numerous other awards and accolades. Its PC version was released on December 3, 2008.

Gta 4 has an extremely complex plot and a long list of characters. In this game, the players are allowed to change the plot by making different choices. The main player in this game is “Niko”. He is the character of the game, and is responsible to carry out the processes and the tasks assigned in the game. The Gta 4 game is the first title in the series to be released for the seventh generation of video game consoles; and was highly anticipated preceding its release. The game follows a third person perspective in an open world environment; this allows the player to interact with the game world. One more aspect of this perspective is that it makes the player comfortable with the gaming environment. The game is set within the fictional Liberty City, which is heavily based on New York City. There is an online multiplayer mode involved in the game. This enables 16 players to get engaged at a time in both the co-operative and competitive game play. Gta 4 has been developed with high graphics, voice and visual effects, in order to attract people and their participation. The special effects are the gunfights, vehicles, communication carried between the game characters and media player. These are more highlighted in the game. The game is represented in a form of a story. The various characters and their conversations are followed by their spectacular actions. 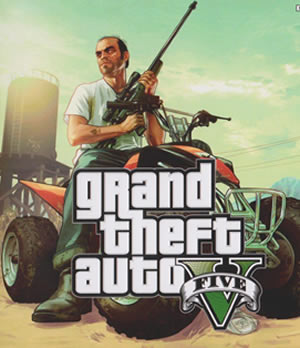 Gta 5 (Grand Theft Auto V) is the fifteenth title in the Grand Theft Auto series. It was released on 17th of September 2013, and hence is the latest of the series. It is also developed and initiated by the same Gta 4 developers and games. The game have broken the industrial sales records by earning US $800 million in the first 24 hours of its release, and $1 billion within its first three days. This made the game the fastest selling entertainment product in the history with the achievement of commercial success.

The featutes of Gta 5 resembles similarly to that of Gta 4.  The additional features which are highlighted in this version are the fictitious effects of the state of San Andreas. This game is more advanced and contains drastic effects as compared to Gta 4. The developers have developed Gta 5 as a spiritual successor to many of their previous projects, such as Red Dead Redemption and Max Payne 3. The Gta 5 is developed to a great extent; the developers have developed the game mechanisms by focusing on the development aspect of the game series, and by giving the players the control of three protagonists. The Gta 5 is considered to be a successor over the previously invented games. This game possesses those graphics, which are of comparatively high and expert qualities and visual effects.

Comparison between Gta 4 and Gta 5: