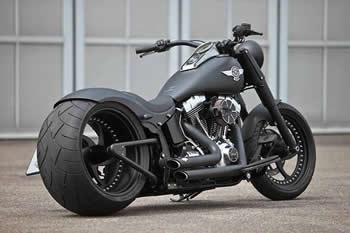 Harley Davidson is an American motorcycle manufacturer founded more than 100 years ago in 1903 by William S. Harley and his friend Arthur Davidson. The two friends drew up plans for a small engine with a displacement of 7.07 cubic inches (116 cc) and four-inch (102 mm) flywheels. When done, they found that the engine did not fulfill the purpose they were looking for and started working on better models with higher displacements.

The company’s motorcycles also played a part in the first World War, with the US purchasing around 15,000 motorcycles for the war effort. The company is one of the two American motorcycle companies that have survived the Great Depression. Currently, the company is recognized as an iconic brand of motorcycles around the world.

Harley Davidson offers six model families for its motorcycles–Touring,Softail, Dyna, Sportster, Vrod and Street. These models differ from each other in terms of the frame, engine, suspension, and other characteristics. Harley-Davidson motorcycles are available worldwide and it manufactures its motorcycles at factories in York, Pennsylvania; Milwaukee, Wisconsin; Kansas City, Missouri; Manaus, Brazil; and Bawal, India.

Royal Enfield – originally formed under the name Enfield Manufacturing Co. Ltdin 1893 – was a company that manufactured motorcycles, bicycles, lawnmowers and stationary engines. The company was founded by Albert Eadie and Robert Walker Smith and built its first motorcycle in 1901. Royal Enfield started by producing a quadricycle, which was basically a bicycle that was modified with a four wheel frame, paired with arear rider-saddle with handlebars.

The company developed its first motorcycle after experimenting with a heavy bicycle frame fitted with a Minerva engine clamped to the front downtube. The company has provided motorcycles to the British War Department during the First as well as the Second World War. These models were specially made for the war efforts and designed to fit guns and other military items. 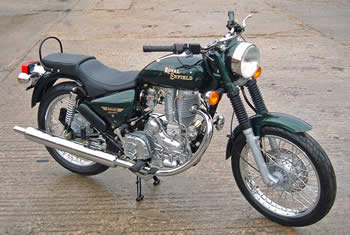 In 1955, the Enfield Cycle Company partnered with Madras Motorcycles in India to form Enfield of India and started assembling the 350cc Royal Enfield Bullet motorcycle in Madras. The company eventually started building components in India, instead of sourcing the parts from England. The UK part of the company sold off its assets and the right to use the Royal Enfield name to Enfield of India in 1971.

Royal Enfield currently sells nine models of motorcycles across the world including Bullet, Electra, Thunderbird, Classic, Desert Storm, Fury, Forest Green/Black and Continental. The company has expressed plans for establishing its North American headquarters and a dealership in Milwaukee, Wisconsin, with the intention to offer three bikes, the Bullet 500, Classic 500 and Continental GT 535 Cafe Racer.