Difference between Homogeneous and Heterogeneous 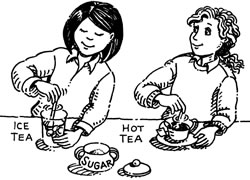 The terms ‘homogeneous’ and ‘heterogeneous’ are commonly used words in chemistry and refer to solutions and mixtures. Any type of mixture can be divided as homogenous or heterogeneous. Because of the similarity of the terms, both are often confusing for many people just understanding the differences.

Homogenous refers to a solution that is completely uniform mixture of two or more objects. In a homogenous mixture, all of the objects mix to the point that it is difficult to distinguish one from the other. The main characteristic of a homogenous mixture is that if a mixture is divided in half, then there would be equal amounts of all of the substances that have been added. For example: if water and salt are mixed together and then divided in two glasses, each glass would have the same amount of material in both glasses. Metals, alloys, ceramics and plastics all fall into a homogeneous category of materials. Homogenous mixtures are considered as solutions. Once a solution is created, it cannot be separated by mechanical methods but rather only chemical ones. Examples of homogenous mixtures include air, blood, water, water and sugar. 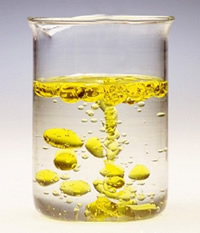 ‘Heterogeneous’ is defined as: