Difference between Jews and Christians 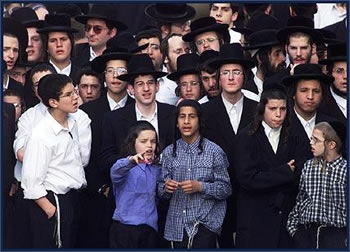 The Jews are the people who follow Judaism. The Jewish people originated from early Israel, and were known as the Israelites (Hebrews). The modern State of Israel was established as a Jewish nation-state, and is defined in its Basic Laws. The population of Jews is in majority in Israel country. Jews had also enjoyed political independence twice before in ancient history. There was around 16.7 million of population prior to the time of to World War II, and the number decreased to 6 million after the World War II as, around 6 million Jews were killed during the World War II.

Jews are the ones who define the specific characteristics of thier nation, ethnicity and religion in the society. Their culture is highlighted in their way and standard of living. Today there are very few Jews all over the world, and have scattered in some or the other parts. The Jews follow and believe that there is only ONE God. They do not follow Jesus, as according to them Jesus was not a Messiah but a teacher and a follower of God and that Jesus did not have a virgin birth, but a normal one. They believe in living their lives according to the scriptures of God and ultimately gaining admittance into Heaven. Hebrew is the liturgical language of Jews, but now these people speak the local dominant languages in the area where they dwell and live. The three most commonly spoken languages among Jews today are English, Hebrew, and Russian.

In general, according to the modern secular usage the Jews comprises of three groups: 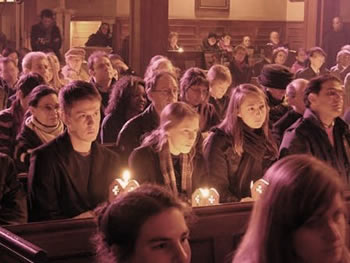 Christians are those people who associate with the cultural aspects of Christianity, irrespective of personal religious beliefs or practices. These are the ones who follow the fact that Jesus is the Messiah, and they all are his children. They are real followers who visit to Church and follow their prayers by offering candles and sayings. Their standards are all based upon the Bible and its teachings. They follow and obey to “church Fathers” and “Sisters”. According top the religion any person can adapt to Christianity on his/her own belief and will have to preach Christianity throughout his/her life. There are several types of churches practiced and preached all over the world, these are based upon their religious beliefs and standards. As of the early 21st century, Christianity has around 2.1 billion adherents. The term, ‘Christians’ is used in many parts of the world according to the standards and rules, one such example is; according to New Testament "Nazarenes" is another term for Christians, and which is used by the Jewish lawyers Tertullus in Acts 24.

There are three main groups within Christianity:

Comparison between Jews and Christians: