Difference between Job and Career

Almost everyone in their lives comes to point of differentiating a job from a career. This point is believed to the key point in a person’s life, where they take an active decision of what they want to for the rest of their life. There is this famous quote by Confucius which states, “Choose a job you love, and you will never have to work a day in your life.”  Many people often confuse a job from a career, believing them to be the same thing as both of them are done in the exchange of money. However, these are two different terms and should not be confused. 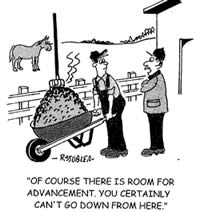 Jobs are activities that are performed in exchange of a monetary value. A job is often short-term and only done as a person requires money to live. Jobs do not make a significant impact to society of the person’s life and are commonly short-term. If a person is unhappy with a job, they tend to move on to a better one. There are also various different types of jobs including full-time, part-time, seasonal, temporary, odd jobs and self-employment. Jobs also depending on the type it is may require a specialized study. The hours of the job also depend on the type of job it is, it can range from an hour to 9 hours.

Careers are different as they almost always last a life-time. Oxford Dictionary defines ‘career’ as, “course or progress through life (or a distinct portion of life).” This is broader compared to jobs and can also encompass a number of jobs that a person has done in their lives. It also requires specialized studies, training or formal education to have a career. The term ‘career’ became popular in the late 20th century, when a wide range of choices allowed a person to plan and design a career that he/she may have.

Jobs and career are different in almost every sense. Where job is considered just as a person who puts time and energy in return of money, career is considered as something a person puts his heart and soul into. Jobs are also changeable, where a person who is working as a salesman could be hired as a manager or a CEO. However, career is something that a person does his whole live, the person would be in management services, which would be a career. Best example for the difference between a job and career is a doctor. Being a doctor would be the individual’s career; however he may have served over 30 hospitals. Each time the doctor changed a hospital, he would change his job, but he would always remain a doctor. Careers are also not specified to providing monetary benefit, if a person wishes to become a volunteer or a social helper, he/she may not always get money for what they do.

Jobs are important in the aspect that a person needs money to live in this world; however careers are what make and break a person as they decide what kind of a person he/she is. They define the person, while a job just defines a post. It is always important to pick a career that a person will truly love, as it is difficult to change it frequently.