Difference between Poem and Song

Key Difference: Poem and song both are described as a composition of words with similar nature. The major difference between them is that a song is set to music while a poem is not set to music.

Poem is a composition that is written or spoken for communicating beautiful, imaginative or elevated thoughts whereas song is written or adapted for the purpose of singing. A song is generally supported by musical instruments. Words in the song are collectively known as lyrics. A poem on the other hand consists of grouping of words known as stanzas. Song writers are known as a lyricist and writers of poem are known as poets. Usually lyrics are kept shorter but comparatively a poet does not face this limitation. He can write long poems also depending upon the requirement. Unlike poems, lyrics of a song are more dependent on regular rhythm. On the other hand poetry needs to exhibit its own theme and variation. Literary 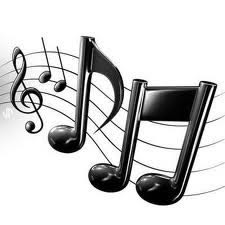 scholars also differentiate them on the basis of the content. Verse in a song often reminds one of his/her personal experiences whereas poems are  often written on the basis of emotions felt and perception towards people, places, things etc. A song is sung while a poem is read.

Rhyme in poetry has been derived from its meaning as element used in English language that brings similar sounding words together. Due to the fact that rhyme as a component is most often found in lines of poems, the poems with rhyming elements in it are also known as rhymes. A poem can possess a rhyming or non rhyming form whereas a song is usually in rhymed stanzas. Poems consist of elements like imagery, diction, sound, metaphor and theme. The earliest known Western poetry consists of the Iliad and the Odyssey famous and acknowledged as Greek masterpieces. Greeks at that time mostly used poetry for the celebration of their heroes. Songs can be classified into Classical songs, Pop songs, Rocks songs, Metal songs, Country Songs etc.. It is important to mention poems as lyrics when its verse is set to music or it contains the elements of music.