Difference between JPEG and MPEG

Key difference: Both, JPEG and MPEG are two different types of compressing formats. The main difference between the two is that JPEG is mainly used for image compression, while MPEG has various standards for audio and video compression. 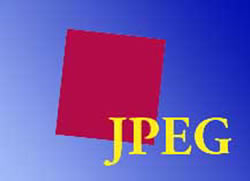 Both JPEG and MPEG are two different types of compressing formats. The main difference between the two is that JPEG is mainly used for image compression, while MPEG has various standards for audio and video compression.

Due to the popularity of JPG, it is also accepted in most if not in all programs. It is quite popular for web hosting of images, for amateur and average photographers, digital cameras, etc. This is mainly due to the fact that high-quality images can be saved using less space.

MPEG, on the other hand, stands for the Moving Picture Experts Group. It is a working group of experts that was formed in 1988 by ISO and IEC. It was a joint initiative between Hiroshi Yasuda of the Nippon Telegraph and Telephone and Leonardo Chiariglione. Chiariglione has served as the group’s Chair since the group’s inception.

The aim of MPEG was to set standards for audio and video compression and transmission. By 2005, the group has grown to include approximately 350 members per meeting from various industries, universities, and research institutions.

The standards as set by MPEG consist of different Parts. Each part covers a certain aspect of the whole specification. MPEG has standardized the following compression formats and ancillary standards:

It give me a nice knowledge about the basic difference between the JPEG and MPEG. Thank You For That