Difference between Legalisation and Decriminalisation 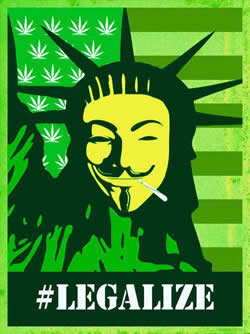 The terms legalization and decriminalization have now become common words with the debate for allowing medical marijuana is going on. These words are now being thrown around, without many people understanding what it actually means. These terms are not similar in nature and should not be confused.

Legalization or legalisation means that whatever law was there that prohibited a certain product or act is chucked out. That act or object now becomes legal. So, if we consider in the context of marijuana, having marijuana or smoking marijuana would become legal and any laws that previously existed that made marijuana illegal would now be considered null and void. Legalization basically means making it legal from illegal. So, in case of prostitution, legalization would mean that prostitution as a profession is no longer illegal and people will not fined, jailed or even be reprimanded by authorities for doing this. 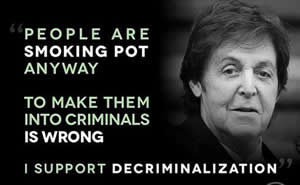 Decriminalization or decriminalisation means that performing the act will no longer result in criminal charges. However, one should not assume that the act is legal. Although, the person will not face criminal charges, they will still be responsible for paying penalties if they are caught. So, in case of marijuana, decriminalization would mean that although they will not be charged as criminals and have to serve jail time, the people would still have to pay fines if they are caught having marijuana or smoking marijuana. Similarly, in prostitution, people who are involved in the business will not be jailed or have criminal charges on their records, they will have to pay a fine or other penalties if they are caught.  Criminality of a subject is constantly undergoing changes, depending on the views of the society.

Comparison between Legalisation and Decriminalisation: