Key difference: In Physics, a ‘line spectrum’ is a set of discrete wavelengths from gaseous atoms, whereas a ‘band spectrum’ is produced by molecules, which consist of a series of closely spaced lines separated by dark spaces called bands.

Line spectrum is the result of the interactions of the quantum systems and a single photon. These systems are especially associated with atoms and sometimes with the molecules or atomic nuclei. Due to the presence of wavelengths, the spectrum of incandescent solids are considered to be continuous. The spectrum originating from the incandescent gases is called the line spectrum. It is observed that only a few numbers of wavelengths are present in the line spectrum. They appear to be in a series of parallel lines when viewed from a slit. Line spectra are also called atomic spectra, as they originate from the atoms. 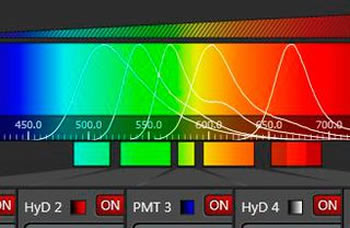 Band spectrum is produced by molecules. They are the groups of lines which are closely spaced to one another. In appearance, they are in the form of band, hence the name 'BAND' spectrum. These spectra are characteristics of molecular gases or chemical compounds. When a light is emitted or absorbed by any molecule, it is viewed by a spectroscope with a small dispersion. The spectrum appears to consist of very wide asymmetrical lines called bands. These bands are not equal in intensity, that is, they are increasing (maximum) at one end, while decreasing (minimum) at the other.