Difference between Machine and Engine

The word ‘machine’ is derived from the Latin word ‘machina’. The same meaning is now expressed by the derived term machination.

The idea of a simple machine was originated by the Greek philosopher Archimedes. Furthermore, the Greek Philosophers defined the classic five simple machines, which were used to roughly calculate the mechanical advantages. Heron of Alexandria in his study listed the five mechanisms as the lever, windlass, pulley, wedge, and screw, which were known to set a load in motion. Flemish engineer, Simon Stevin derived the mechanical advantages of the inclined plane that was merged with the simple machines. Leonardo da Vinci also contributed to the study of machines by discovering the classic rules of sliding friction.

The industrial revolution was the beginning of the evolution of machines, which brought changes in the sectors such as agriculture, manufacturing, mining, transportation, and technology, and had a profound effect on the social, economic and cultural conditions of the times. A simple machine is a device that simply transforms the direction or magnitude of a force. There are also complex types of machines, such as the vehicles, electronic systems, molecular machines, computers, televisions, and radios. A machine is basically a tool that consists of one or more parts, and uses energy to meet a particular goal. 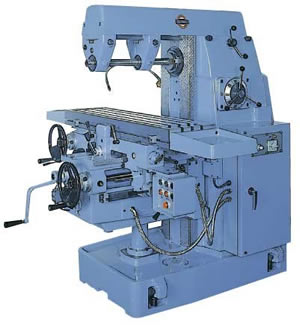 Machines are used broadly in the field of mechanics. The word mechanical refers to the work that has been produced by machines or the machinery. It mostly relates to the machinery tools and the mechanical applications of science. They are assembled from standardized types of components. These consist of mechanical elements that control the movement in various ways, such as gear trains, transistor switches, belt or chain drives, linkages, cam and follower systems, brakes and clutches, and structural components such as frame members and fasteners. They are usually powered by the mechanical, chemical, thermal, or electrical means, and are often motorized. In the modern era, the advents of electronic technology have converted a machine into a form of non-movable development power tool. The modern machines include sensors, actuators and computer controllers. The machines are assembled, designed and used for the mechanisms and automation, where they are actually operated. They are further controlled by the controllers, which are also of a type of machines.

The term, “Engine” was originally used for any mechanical device that converts force into motion. In modern usage, the term engine typically describes the devices like steam engines and internal combustion engines, which burn/consumes fuel to perform mechanical work by exerting a torque or linear force to drive machinery that generates electricity, pumps water, or compresses gas.

In earlier times, the simple engines were classified as capstan, windlass or treadmill, pulleys, and block and tackle arrangements. These were used by humans for fast power conversion. They had wide applications in the cranes and aboard ships of Ancient Greece, and the mines, water pumps and siege engines of Ancient Rome. It was found that during the Industrial revolution, the Watt steam engine was the first type of steam engine which used the steam at a pressure, just above the atmospheric pressure to drive the piston along with the partial vacuum. 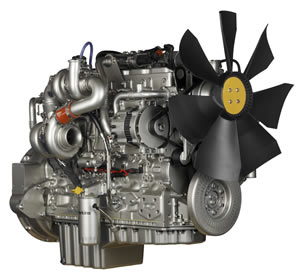 An engine is a device that converts potential energy into mechanical work. It is a machine designed to convert energy into useful mechanical motion. It is a machine with moving parts, which converts the power into motion. They are used for various applications in the field of automobile and machineries. They are known to set the static machines into dynamic mode and are used to convert one form of energy into other. Previously, the internal combustion engines (motor) had wide applications in power locomotives and other vehicles such as steam rollers. From then, the terms motor and engines were used interchangeably. However, technically, the two words have different meanings. Engines are said to set the motion in the forms such as wind, fire, water and are converted to other form in order to gain the energies. Engines are machines which operate in motion to convert one form of energy into other.

Comparison between Machine and Engines: