Difference between Magistrates and Judges

Key Difference: A Judge is a person who presides over court proceedings, either alone, with a panel of judges or a jury, depending on the jurisdiction. Magistrate is considered as an officer of the state, but could also refer to a judge.

The terms ‘Judges’ and ‘Magistrates’ are often assumed to interchangeable, but this is not the case. Both the titles have two different meanings and refer to two very different positions. The two words defer in terms of power; each person has a different amount of authority and power bestowed upon them. 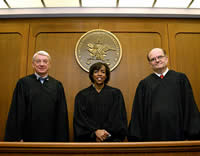 A Judge is a person who presides over court proceedings, either alone, with a panel of judges or a jury, depending on the jurisdiction. The term ‘Judge’ is defined by Merriam Webster as “to form an opinion about through careful weighing of evidence and testing of premises,” and it originates from the French word ‘juger’ meaning to form an opinion about something. A judge’s power, functions, method of appointment and training all differ depending on different countries and jurisdictions. The judge is expected to hear all witnesses, view all evidences, access the arguments by the prosecutor and the defendant, and form an opinion and give a verdict. A jury may also be involved in some jurisdictions to make a decision.

A judge is expected to handle more complicated cases. In the United States, a federal judge is nominated by the President and approved by the House of Senate. Judges are usually appointed for life, or until they decide to retire. They may even come out of retirement for special reasons or particular cases. They hold more administrative power and have a vast jurisdiction such as capital cities or even the entire country. Judges are responsible for handling criminal cases, federal cases, constitutional cases and high priority cases. A judge also has the power to exercise law enforcement powers. Judges in many countries wear a black robe and sit on a higher level compared to the rest. 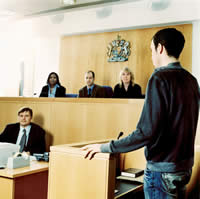 On the other hand, a “Magistrate” is considered as an officer of the state, but could also refer to a judge. In ancient Rome, a ‘magistratus’ was regarded as the highest officer of the government who had both, judicial and executive powers. In modern times, subordinate jurisdiction judges in US are sometimes called magistrates, although in the federal court of the United States, they are called magistrate judges. The word ‘magistrate’ is defined as “an official entrusted with administration of the laws,” and is derived from the Middle English word ‘magestrat’ meaning a civil officer that is in charge of administrating laws.