Key difference: Mustard and Sunflower oils are known for their medical benefits, and hence these are more consumed in day to day life. As their name suggests, these are extracted from their sources, viz. the mustard and sunflower seeds.

In today’s market, oils contribute a larger part in both medical and commercial sectors. Essential Fatty Acids are the ‘good fats’ all over the news these days, and a very hot research topic. However, the types of oils one should ideally consume are a matter of unending scientific debate. Many theories and laws have been proposed regarding the ideal dietary intake and controls obtained from various oils.

Mustard and Sunflower oils are regionally famous types of oils, and are known for their health and diet benefits. Mustard especially famous in the North Indian cultural and their traditional artistic, while sunflower oil being the fourth largest consumed vegetable oil is used in several countries. The oil is especially more in demand among the East African Countries. 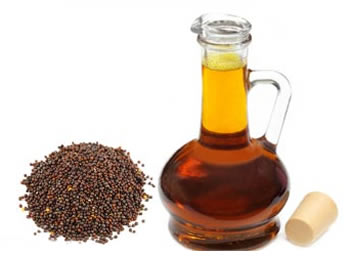 Mustard oil is generally recognized from its typical pungent and sharp odor. It is obtained from mustard seeds; it traditionally belongs to West Bengal. If the smell is kept aside, then the oil is potentially considered to be the healthiest among the other oils. It is available in refined or filtered varieties, but to avoid the adulteration and its effects on the oil, only the refined oil is used in cooking applications. It contains high levels of mono-saturated fatty acids. It contains 30 per cent protein, calcium and natural anti-oxidants. Apart from cooking the oil also has been in use, in the Ayurvedic sectors, as the oil is known for its healing and medicinal properties and is also considered to be beneficial for hair, skin and body.

There are three different types of mustard oils, depending upon the type of extraction;

Sunflower oil one among the most popular cooking oils and hence is available in many such local brands. The oil is extracted from the crushed sunflower seeds and is rich in PUFA, particularly linoleic acid which lowers the levels of both good and bad cholesterol. The oil is high in essential Vitamin E, and low in saturated fat. The oil can be used in high cooking temperatures, due to which the food stays fresh for a longer period of time. Hence, the oil is in great demand among the food manufacturers in the oil market. The big snack manufacturing industries generally prefer the sunflower oil in their food items. The oil also has an effective application in the skin treatment; hence it is used as an emollient in the cosmetic industries. 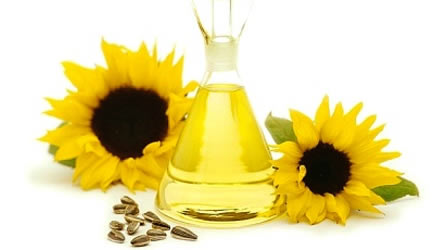 Sunflower oil is available in the following categories according to its oleic acid concentration:

Both oils share a great part in the health benefits and has there are own cooking benefits. Along with the pros the oils also has their part of cons; such as the mustard oil was considered to be allergic and toxic as it contains erucic acids which have a negative effect on the human body. Hence, the oil was prohibited in some countries. But today after the successful research and work; the oil is free from toxic nature and hence is fit to consume. Mustard oil has great benefits over the skin and hair problems, while sunflower oil is more famous and known for its heart and healthy benefits. These vegetable oils are known for their essential uses and effects.