Difference between OOP and POP

A procedure, or function, is a set of specific instructions executed one after the other. A series of procedures are acted upon the data. The data is quite separate from the procedure, and different programs were created in order to keep track of the functions and the changed data. OOP and POP are two such programs, and this article differentiates between the two. 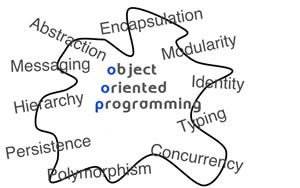 The term OOP stands for ‘Object Orientated Programming’. It represents the objects that have data fields. Data fields are basically attributes that describe the object. The procedures associated with the objects are known as methods. OOP places the data where it is not directly accessible by the rest of the program. Methods are the only way that this data can be assessed. The objects, which are usually instances of classes, are used to interact with one another to design applications and computer programs. Java is a type of object-oriented programming language. 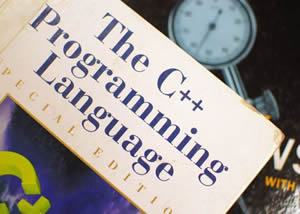 The term POP stands for ‘Procedural Orientated Programming’. It is derived from structured programming. The procedures simply contain a series of computational steps to be carried out. It creates a step-by-step program that guides the application through a sequence of instructions. Each instruction is executed in order. It is a list or set of instructions telling a computer what to do at each step and how to perform from the first code to the second code. The program is divided into small parts called functions. C and C++ are two types of procedural programming languages.

Comparison between OOP and POP:

In "difference between OOP and POP" your "examples" are reversed I believe.

Thanks for pointing out, correction is made. :)