Difference between Percentile and Percentage 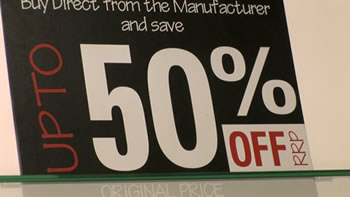 Not only do Percentile and Percentage sound similar, but they even have similar meanings Both have something to do with mathematics and statistics, both fields that are challenging in itself to begin with.

The two terms Percentile and Percentage are actually interrelated. In order to understand percentile, one must first look at percentage. A percentage is a calculation that depicts a ratio of something on the scale of a 100. The term percentage literally means per cento, which is Latin for per hundred, i.e. out of a hundred. Basically, any number out of another number can be converted to out of a hundred and depicted as a percentage. 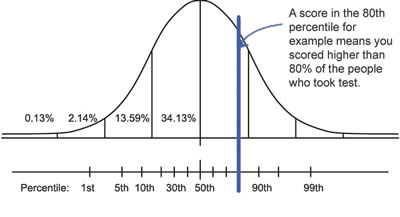 It can also be said that percentile acts as a comparison for things. Let’s consider another example: a student falls in the 90th percentile. Hence, it can be said that out of 100, he did better than 90% of the other students, and that his scores are comparable to 10% of the class. This basically means that he is a really good student as he did better than most of the class.

It can also be said that percentage is absolute, regardless of what everyone else scored, the student’s score will be the same. For example: John scores 86 out of a 100, then his score is 86%. However, if there are 100 students in the class, and 70 of them scored less than 50%, then it can be said that John is in the 70% percentile as he did better than 70% of the class.

Comparison between Percentile and Percentage: