Key Difference: A service tax is a tax that is levied by the government for whom certain services are provided. A service charge is an unofficial charge levied by restaurants for services provided. 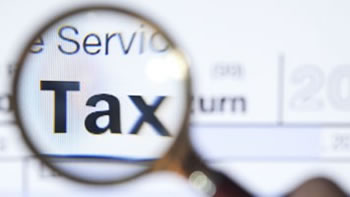 When one goes to pay the bill in a restaurant after dining there, they might notice certain charges on the bill in addition to the cost of the dish. One of these additional costs may be service tax; another may be a service charge. Many people assume them to be the same, or worse don’t even check, which is how many restaurants tend to dupe their customers. However, in reality, a service tax and a service charge are two very different things.

A service tax is a tax that is levied by the government for whom certain services are provided. Any service, such as a phone bill payment or hiring a room in a hotel or eating in a restaurant is taxable by the government under service tax. However, the tax is usually not applicable on the whole bill, but rather only on certain services, which make up only part of the bill. For example, in India, the service tax is currently 14%, which is only applicable on 40% of the bill. So, if the bill is Rs. 1000, then 40% of the bill would be Rs. 400, and the 14% service tax will be calculated on this Rs. 400. Hence, the service tax would actually be calculated as 5.6% on the whole bill, which is 14% on 40%.

Technically, the Service Tax is applied on the business that provide the services, and not on the customers, but a clause allows the businesses to collect the service tax from its customers, which is what they often do. 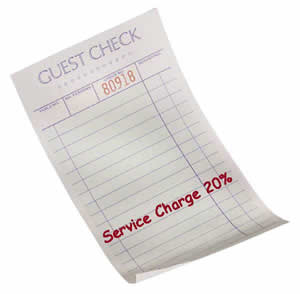 Really helpful. Just a suggestion that please correct the wordings - "However, in reality, a service tax and a service tax are two very different things." You wrote service tax twice. Not complaining just helping you make this make a better article.