Difference between Smartphone and Regular Phone

Key Difference: Smartphones are any mobile phones that are similar to a mini computer. Smartphones offer a variety of features that allows advanced computing capability and connectivity. A regular phone is similar to a basic and a normal phone. It allows users to make/receive calls and send/receive text messages. A regular phone is targeted at users that require a phone primarily for telephony services.

Smartphones and regular phones are two different categories of cell phones that are created to determine the difference between the many types of phones that are available in the market. However, these categories often result in confusing the people further as many are unsure the type of category their phone falls in, what exactly the phone in each category does, which category provides what features, etc. Because of this confusion many people purchase cell phones that are promoted by the carriers or the stores where they purchase the phones. Many people end up shelling out more money for a phone with a bunch of features that they do not require in the first place. Smartphones are phones that are similar to a mini-computer, which can easily be carried in the pocket. A regular phone is a phone that offers basic features such as sending/receiving calls and text messages. 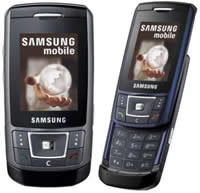 A regular phone is similar to a basic and a normal phone. It allows users to make/receive calls and send/receive text messages. A regular phone is targeted at users that require a phone primarily for telephony services. However, a regular phone is not limited to just this purpose. It also offers features such as: calendar, alarm, games, monophonic ringtones, basic camera, WAP browser. The old Nokia or Samsung phones that people used to buy a couple of years back with the sliding keypad or polyphonic ringtones, well that’s a regular phone. The term ‘regular phone’ cannot be clearly defined as there is no set definition for the category. There are also no guidelines that state which phone belongs in what category. Hence, it is often confusing for many people. A regular phone is an average and easy phone that is easy to understand and easier to use.

Smartphones and regular phones are two types of categories that were created when promotion for new phones started. As phones started becoming more complex and started providing more features, companies started labeling them as smartphones, superphones, etc. According to these labels, any phone that has computing capabilities belongs in the smartphones and superphones category, while the other phones are distributed among the non-smartphone category. A regular phone is a low-end phone that provides a small amount of features.