Difference between Snail and Slug 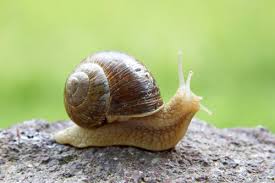 Snails and slugs are both members of a larger group Mullusca. This group or phylum generally includes soft-bodies animals which do not possess any type of body segmentation and often bear an external shell composed of calcareous material.

Snails and slugs, both are known as gastropods which mean ‘stomach foot’. This is due to the fact that their internal organs are organized in a way so that their stomach lies above the foot of these animals. There are numerous species or types of snails. Land snails can be found in various kinds of habitat like deserts, forests, gardens, etc. However, most types of snails are sea animals and some are even freshwater animals. Most of the snails tend to be herbivores however, some are omnivores too. 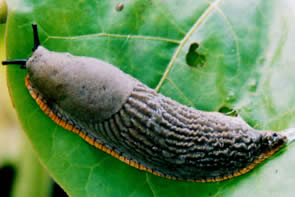 Snails propels through a muscle which is known as foot. The body of snails gets the moisture by mucus and this mucus assists the snail for its gliding motion. Snails are generally hermaphrodites which means that they contain both female and male parts.

Like snails, slugs also belong to the Phylum Mollusca. Slugs and snails both leave a silvery slime trail on the ground. Like snails, slugs are also commonly hermaphrodites. Both have one or two pairs of tentacles on their heads. They eat through radula covered with rows of teeth. Radula is similar to the tongue.

Slugs and snails share many similar features. However, the most apparent difference between the two is that snails carry coiled shells on their backs whereas slugs do not contain these shells. A shell of snail is composed of calcium carbonate and it keeps growing with the growth of snail. Both produce mucous for retaining the moisture

Comparison between Snail and Slug: