Key difference: There are varieties of cooking oils available in the market; all oils have their own specialty and importance in their respect. Similarly, Sunflower and Soybean Oil are most known and preferred oils in the market. Sunflower oil is vitamin K rich and is obtained from the sunflower seeds; while soybean oil is rich in oxidation-prone linolenic acid and the oil is obtained from soybean seeds.

Basically, both sunflower and soybean oils are most preferred in some or the parts of the world. They add a remarkable flavor to the food and are beneficial from health point of view. Except cooking, these oils also have other industrial purposes. For example, sunflower oil has vast application in the cosmetic industries, whereas the soybean oil is used in the paint manufacturing processes. 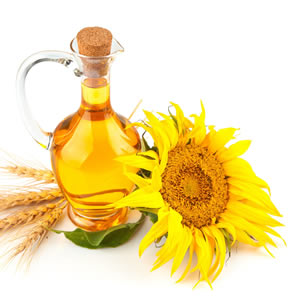 Sunflower oil is one of the widely used oils in the cooking and baking techniques. The oil is extracted from the sunflower seeds, which are rich in vitamin K. It is known for many of its commercial cosmetic purposes; it is used as emollients in the cosmetic pharmaceutical industries. The oil is generally suggested to the individuals who suffer from cardiovascular problems. It is non-volatile in nature and hence has a high smoke point.

On the other hand, Soybean oil is natural edible vegetable oils, which is mostly preferred in cooking. The oil is extracted from the soybean seeds; and is assumed to be the most consumed oil in commercial cooking. It often has a dark yellow or faint green color. It is high in poly- and monounsaturated fats, low in saturated fats and trans fat-free. The oil also has its own advantages and health benefits. It is also frequently used in mayonnaise, salad dressings, frozen foods, imitation dairy and meat products and commercially baked goods. 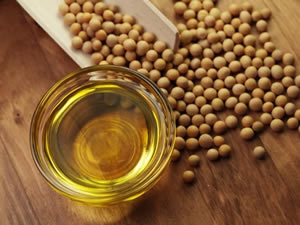 Sunflower and Soybean oils are used for general purposes of cooking like frying, deep frying, etc. If compared to sunflower oil, soybean oil is generally used more in baking, in deserts, dressing, sauces and salads. Soyabean oil is favorites among the artificial food manufacturers, bakeries, foodservice providers and more; as it is considered to be available in AOM (active oxygen method). Similarly even sunflower oil is considered and suggested by the physicians to cure the skin and cardiovascular issues. So, these oils are blends of benefits; and hence they should be consumed in our day to day life as per our requirements.