Key Difference: Vitamin D is a group of fat-soluble vitamin, occurring in several forms, especially vitamin D2 or vitamin D3, which are required for normal growth of teeth and bones, and produced in general by ultraviolet irradiation of sterols found in milk, fish, and eggs. The naturally occurring form of vitamin D is known as cholecalciferol, or vitamin D3. 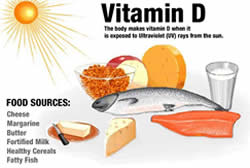 Vitamins play a very significant role for a healthy body. They are any group of organic substances essential in small quantities to 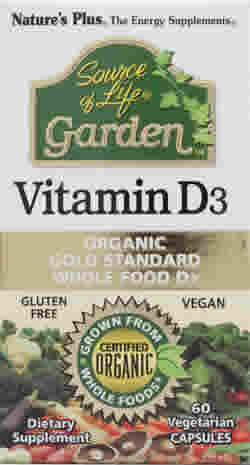 normal metabolism, which are found in minute amounts in natural food products or are sometimes produced synthetically. All forms of Vitamin D have the same effect; but, Vitamin D3 basically comes under Vitamin D.

Vitamin D is a group of fat-soluble vitamin that has the ability to absorb calcium and phosphate. There are two forms of Vitamin D: Vitamin D2 and Vitamin D3. Vitamin D3 is the more important compound. Vitamin D3 is also known as cholecalciferol and it can be ingested from the diet and/or supplements. However, the general term Vitamin D includes chemically modified forms and metabolic products such as calcidiol and calcitriol.

Vitamin D3 is naturally occurring. Foods may be fortified with vitamin D2 or D3. Vitamin D3 is synthesized by humans in the skin when it is exposed to ultraviolet B (UVB) rays from sunlight. When you see a reference to Vitamin D without any digit attached, the reference is usually to vitamin D3.