Difference between AM and FM 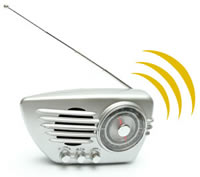 In the late nineteenth century, humans discovered that sound could be transmitted over airwaves, thus began the age of radio. Radio became the most popular form of transmission during the first eighty years of the twentieth century. There are two main different ways of transmitting radio signals, AM (Amplitude Modulation) and FM (Frequency Modulation).

AM uses amplitude modulation to transmit sound. This method changes the strength of the signal, its amplitude in order to transmit. An AM receiver then detects the amplitude variations in the radio waves at a particular frequency, and amplifies the changes in the signal voltage to drive a loudspeaker or earphones. The person then hears the original transmitted message. However, if the signal is not strong enough when it reaches the receiver, one hears only static. 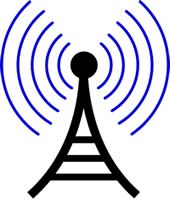 AM usually broadcasts in mono which makes it sufficient for talk radio, whereas, FM can  transmit in stereo which makes it ideal for music. FM usually has a better signal quality than AM, but a far reduced range. AM has a much higher range than FM, which usually drops out 50KM from the radio station. Hence, FM has to use multiple transmitters to cover the same area as one AM transmitter. However, as AM travels by sound waves close to the Earth during the day and higher in the sky in the evening, it has a much smaller range in the day than in the night.

Also, AM technology was much cheaper than FM; however due to technological advances, the cost has gone down drastically. For another thing, AM signals, unlike FM, are often disrupted by tall buildings and weather, which is a huge problem in today’s world.