Difference between Ayurveda and Homeopathy

Key difference: Ayurveda uses herbs and minerals to bring and keep a body in balance. It also stresses a need for healthy metabolic system, good digestion, proper excretion, exercise, yoga, and meditation. Whereas, homeopathy follows the "laws of similars" which means that to rid a person of a disease one has to treat the person with drugs that produce the same symptoms as the disease. 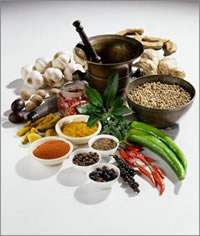 Ayurveda and homeopathy are similar in the sense that they both use natural remedies. However, they are various key differences among them. Ayurveda is much older, almost 3,500 years older than the much recent homeopathy. A main difference is that ayruveda believes in preventing a disease while homeopathy believes in curing a disease. Ayurvedic medicine complements the scientific Allopathic medicines, where as homeopathy is against it.

Ayurveda believes that the health of a human body depends on the balance on the three key components, wind, bile and phlegm. It uses herbs and minerals to bring and keep body in balance. It also stresses need for healthy metabolic system, good digestion, proper excretion, exercise, yoga, and meditation.

Homeopathy, on the other hand, believes in the "vitalist" philosophy, that various external and internal causes disturb the "vital force" which negatively affects the health of a person. Homeopathy says that the diseases are already present in the body and that like cures like, i.e. that which can produce a set of symptoms in a healthy individual, can treat a sick individual who is manifesting a similar set of symptoms.

Another difference is that ayurveda, unlike homeopathy, makes use of some surgical procedures like “Kshar sutra” and purification techniques like “Panchkarma” for managing diseases. Additional differences:

PLEASE TELL WHICH TYPE OF TREATMENT IS GOOD FOR COUGH LOCATED IN NOSE AND SNEEZING(SIDHA/AYURVEDIC,HOMEOPHATHY,UNANI,ALOPATHY)